This is not a new book. It was written by Rabbi Tokayer – who resides in Brooklyn – in 1979. In this new edition, Tokayer includes new information and emphasis based upon the humanitarian contributions of Chiune Sugihara, the Japanese Consul in Kovno, Lithuania at the time of the start of World War II.

Tokayer had the unique opportunity of personally meeting with Sugihara a few years before his passing. Tokayer asked this hero of the Holocaust if he knew what happened to the many Jews and others he was instrumental in rescuing. Sugihara replied: “I never found out what happened to the refugees… I never knew if they got past the Soviet Union, if they actually came to Japan, if they ever found safety. I didn’t want to discuss it because I was afraid that perhaps I had only led them to their deaths.”

Sugihara admitted that his burden of responsibility would have been easier to bear if he had been aware of the “Fugu Plan” which positioned him in Kovno in the first place.

Although the Japanese joined Hitler’s “Axis,” they did not have a tradition of anti-Semitism in their country. Quite the contrary. During the Russo-Japanese War of 1904, a Jewish banker – Jacob Schiff – came through with a loan of the then-stupendous sum of five million English pounds. Schiff was a partner in the American investment firm of Kunh-Loeb and wanted to help defeat Russian Tzar Nicholas II, who had only recently sponsored pogroms to wipe out the Jewish community of Kishinev. His loan to Japan helped them win the war and capture an entire Manchurian territory from Russia.

Unfortunately, in 1919, Japanese soldiers were sent to Siberia to fight alongside White Russian soldiers in their losing battle against the Communists. At that time, General Gregorii Semonov introduced “The Protocols of The Elders of Zion,” a classic of anti-Semitic literature, to two Japanese soldiers who took the information very seriously. But without a resident Jewish population to persecute, the Japanese government – by now informed of “the international Jewish conspiracy” – set out to study the Jews. By the 1930s, a section of “Jewish experts” came into being as part of the Japanese government. Remembering the Jewish contribution to Japan’s successful execution of the 1904 Russo-Japanese War, they decided to try to entice Jewish settlement into the Manchurian territory awarded them by the Portsmouth Conference.

The Fugu is a blowfish that is a beloved delicacy of Japanese cuisine but which is deadly poisonous if not carefully prepared. Thus, the Japanese gave this name to their plan to help rescue as many Jews from Nazi Europe as possible with the aim of resettlement in their Manchurian and other territories to help administer them for Imperial Japan.

Chiune Sugihara didn’t realize that he was but a pawn, and even after the war, he was never informed of this top-secret project, possibly because his “handlers” were no longer in government. Through the efforts of Sugihara and those of some other Consuls of other nations, notably including The Netherlands, many thousands of Jews were saved, including the entire student body and rabbanim of the Mir Yeshiva.

Tokayer relates the wartime travels and experiences of some of the many refugees who benefitted from the Japanese Consul’s wartime visas, and now conducts tours back to many Asian places enumerated in this book. Numerous reproductions of genuine documents are included as well as many interesting anecdotes.
Advertisement 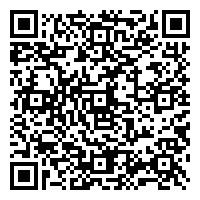