It doesn’t often happen that two really solid history books arrive simultaneously about almost the same subject, and at a time when so many opportunities for peace in the Middle East have been lost, both are appropriate and important reading.

The Englishman known as Lawrence of Arabia may have gotten the publicity but it was Aaron Aaronsohn who presented one of the finest lost opportunities to create peaceful understanding.

We all have heard of Col. T.E. Lawrence – after all most of us have either read “the book” or seen the David Lean film about him, but Aaronsohn, on the other hand, is an almost unknown outside of Israel, where he is venerated as one of the country’s founding fathers.

The time-frames of both volumes begin before the first World War, when the major European powers were jockeying for positions of control of various portions of the territories of the Ottoman Empire Due to the then-recent discoveries of oil deposits in the region, and the burgeoning requirements for distilled petroleum to power steamships, railroads and industry, a foothold in Palestine and Arabia suddenly made these crossroads politically important.

While Lawrence made his fame coordinating Arab raids on Turkish military sites during and immediately after the World War, Aaronsohn more quietly organized a clandestine spying organization that assisted British efforts inside what was then known as Palestine.

As with all history books, there are a lot of names, places, events and side stories – too many to enumerate in a brief newspaper review. Suffice to say that these are both important histories, soundly and extensively researched and will be found to be a necessity of any well-stocked bookshelf of Middle Eastern history.

Insofar as reading enjoyment is concerned – Lawrence and Aaronsohn is the much more readable and tells a straightforward story; but Aaronsohn’s Maps breaks some new ground of modern Israeli history that has rarely been covered elsewhere.

Fortunately, both Aaronsohn and Lawrence left a great deal of writings for “posterity.” Aaronsohn’s ideas, had they arrived to fruition, might have actually created peace in the area, due to his very practical schemes for the sharing of water and other resources of the region. Lawrence, on the other hand, had no pragmatic capability toward actually conjoining the constantly feuding and warring Arab clans whose shared hate for the “infidels” and Jews remain their main reason of any cooperation between themselves. 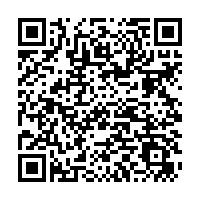