Italo Calvino’s Invisible Cities (1972) imagines a dialogue between the explorer Marco Polo and the emperor Kublai Khan. The young Polo captures the aged Khan’s attention with his vivid descriptions of his travels, and though the ruler appears to be living vicariously through the young traveler’s adventures, it quickly emerges that Khan and Polo share no common language. There is no way of knowing whether Polo’s gesticulations and drawings in the sand actually convey anything to Khan, and even if they did, Polo’s tales are based on fictive (or “invisible”) cities rather than true cartographic ones.

Polo’s accounts of the 55 invisible cities are so innovative, because maps are generally thought of as pragmatic tools that stand or fall, based on their ability to successfully and coherently decipher actual spaces and teach strangers how to navigate those places. Yet, as the Spertus Museum’s exhibit “Imaginary Coordinates” shows, maps as tools for steering are relatively modern inventions.

“The central understanding that maps have less to do with landscape than with the intention of their makers and that they are produced within socially manufactured contexts is the starting point of this exhibition, whose chief purpose is to explore the limits of mapping; what or who remains absent from the map; and where, if not on the map, this difference might be found and recognized,” writes Rhoda Rosen, the director of the Spertus Museum, in the catalog.

Heinrich Bunting’s woodcut map “Die ganze Welt in einem Kleberblat” (1581), which appears in the Spertus show, depicts the world as a three-leafed clover, with Jerusalem (spelled “Ierusalem”) in the central position. The leaves represent Europa (including Roma, Italia, Hispania, Germania, and Graecia), Africa (including Lybia, Aethiopia, and Caput Bonae), and Asia (including India, Persia, Syria, Arabia, Armenia, and Mesopotamia). A cropped American continent lies in the bottom left corner of the map, while a boat and three fish occupy the oceans, whose waves resemble a cross between many pairs of lips and lightning bolts.

In the clover formation, Bunting betrays his birthplace, and indeed the full text above the map reads, “Die ganze Welt in einem Kleberblatt welches ist der Stadt Hannover meines lieben Vaterlandes Wapen” (“The Whole World in a Cloverleaf, Which is the Coat of Arms of Hannover, My Dear Fatherland,” translation by Naomi Verchovsky).

Though Bunting’s map would prove fairly useless to a traveler trying to get from point A to point B, Shirley Shor’s “Landslide” (2004) would not even strike most viewers as a map to begin with, if it did not appear in an exhibit about maps. Shor, an Israeli artist born in 1971, creates her “map” by projecting patterns (via a mirror) onto a sandbox. The projection initially looks like a very colorful game of Tetris or an abstracted puzzle or funky camouflage. But as the projection unfolds, the colors gradually overtake each other until the projection is just two colors – more closely resembling two bordering countries on a map.

Other maps like “Rabbinical Map of the Holy Land,” published in 1545 based on a map Rabbi Eliae Mizrachi, offer visions of biblical landscapes. According to the “Imaginary Coordinates” catalog, the “so-called Rabbinic or Rashi map” is based on “boundary drawings” created by Rabbi Solomon ben Isaac (French, 1040-1105), also known as Rashi (an acronym for “Rabbi Shlomo Yitzhaki”), “to help elucidate and illustrate biblical geography.” The rectangular map, labeled in English and in Hebrew, depicts the Red Sea as a pair of parallel horizontal lines on the bottom of the map. The rest of the map tracks the Israelites’ Exodus from Egypt and the places they camped, including: Kadesh Barnea, Etham, Succoth, and Rameses.

Yet, if the Israelites’ trip truly followed the Rashi map, they would have walked south from Egypt, turned left and continued on an eastern path at a 90 degree angle to their original direction, and then again turned 90 degrees and walked north again. (The entire trip would assume the form of the letter ‘J,’ composed from bottom to top.) This map, though it does use biblical places, does not follow actual geography, and must therefore be viewed as a religious and perhaps symbolic statement, rather than a scientific one. The creator of the map succeeds in debunking the view that the Jews actually crossed the Red Sea (they actually followed a horseshoe-shaped path, doubling back to the original side), but all other aspects of the map are symbolic and literary.

Bunting’s, Shor’s, and Rashi’s blends of mapmaking all illustrate how complicated it is to translate three-dimensional space into art without projecting one’s nationality (like Bunting) and without choosing symbolism over actual landforms (Rashi). But Shor’s sandbox map arrives at another controversial aspect of mapmaking that specifically applies to mapping the Holy Land: where are boundaries placed, and who gets to place them? Are not all maps, Shor might wonder, just projections upon sand which knows no boundaries or borders?

This slippery application of boundaries surfaces in Abraham bar Yakov’s 1711-1712 copperplate engraved map of Israel in an Amsterdam Haggadah. Bar Yakov, a German whom the Spertus catalogue presumes to be a convert to Judaism delineates the boundaries of the tribes in his map, which is a copy of Christian van Adrichom’s 16th century map. Bar Yakov places his own mark on the landscape by introducing Hebrew and editing out all of van Adrichom’s references to Christianity and the New Testament. The 18th century map is also a collage of different phases of history (Abraham’s tent and Jonah and the whale make appearances, even as the land is separated by tribe, and thus dates at earliest to Joshua’s life). But even the land dividing is guesswork, for the Bible only offers cities as guides, but never actual borders. Bar Yakov improvises the actual boundaries, much like the Jews in Joshua’s time, no doubt, had to create the actual borders.

The Spertus show gets even more controversial in its exploration of the Israeli-Palestinian conflict as it unfolds across the Holy Land. There is perhaps nowhere more at stake in maps and mapmaking than there is in the Middle East, where Jews, Christians, and Muslims all turn to their scripture to claim the land. Spertus includes Palestinian maps in “Imaginary Coordinates” in an effort to show how different nations and religious groups view the Holy Land and its boundaries.

Some viewers will see a moral or religious relativism in this curatorial move, and others will see an anti-Israel move in the decision to show Palestinian maps. Perhaps the curators intended to legitimize all sorts of maps of the region and to question who holds the correct maps. But these questions are beside the point and it would be wrong to judge the entire show on political or religious grounds.

Spertus has to be commended for bringing attention not only to controversial maps, but also to the ways in which all maps carry invented components. Not every map is propaganda per se, but neither can they be trusted to approach land from an objective standpoint. In this light, every map in the show ought to be examined (indeed admired) from a skeptical distance.

A final story illustrates this point. At the end of a tour of the show that she led, Amanda Friedeman, museum educator, revealed that the museum had to take steps to disrupt the reflective aspects of the windows in the museum’s gorgeous, new building, to prevent the many birds that migrated off Lake Michigan from flying straight into the glass. The birds needed help to prevent them from blindly carrying on into a mirage, but viewers who spend time with the many maps in the Spertus show will never take what they see for granted on their next trip. 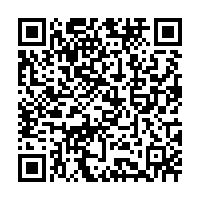