Bear Mountain State Park is situated in rugged mountains rising from the west bank of the Hudson River in Orange County and Rockland County, New York. The 5,067-acre (20.51 km) park offers lots of activities that can be enjoyed all year round. Many of the activities are handicapped and stroller accessible. In the summer the park offers trails for walking, biking, and hiking. There are over 50 official trails covering 235 miles (378 km). The difficulty and elevation of the trails vary greatly. Boat rentals on the magnificent Hessian Lake are possible during the summer months. The large picnic area beside the lake accommodates many people.

The Perkins Memorial Tower atop Bear Mountain affords spectacular views of the park, the Hudson Highlands and Harriman State Park. The Perkins Memorial Drive and Tower are open from April through late November, weather permitting. The Manhattan skyline can be seen from the top of the mountain when the weather is clear.

The Trailside Zoo located in the Bear Mountain State Park can be enjoyed during both summer and winter months. The Zoo is located at the former site of Fort Clinton. Its name is a reference to the Appalachian Trail that runs through the complex. The zoo began as a bear den in 1926 and is currently home to a wide variety of local injured or rehabilitating animals, including bears, otters, deer, bald eagles, and owls. The Reptile and Amphibian House has many species of fish, turtles, snakes and frogs. There is no charge to enjoy this mini zoo.

Beautiful scenic views of the Hudson River and Bear Mountain Bridge can be seen from an overlook area in the Trailside Zoo.

A beautiful Merry-Go-Round on the grounds features hand painted scenes of the park and 42 hand carved seats of native animals including black bear, wild turkey, deer, raccoon, skunk, Canada goose, fox, swan, bobcat, rabbit and more. The merry-go-round is located indoors and can be enjoyed even in inclement weather.

The outdoor ice rink is open for skating from late October through mid-March and the nearby hills are great for sledding.

During the American Revolution when the British viewed control of the Hudson River as essential to dominating the American territories, this area saw several significant military engagements.

In 1777 British troops routed the Patriots at Fort Montgomery, right near the park. Anthony Wayne’s attack of the British fort at Stony Point moved colonial troops to the west of Bear Mountain. Other historic places in the vicinity are Fort Montgomery, Stony Point Battle Field and West Point Military Academy.

Bear Mountain would make for a nice trip for the entire family during the winter break. The Bear Mountain Inn, originally completed in 1915, is an early example of the rustic lodge style influenced by the Adirondack Great Camps and later used extensively in the National Park System. While it closed in 2005 for extended renovations, it reopened in 2011 to great acclaims

Bear Mountain State Park is just a half hour away from Monsey and under 1 ½ hours from Brooklyn and Manhattan. If you’d like to throw in some great shopping while there, Woodbury Commons Outlet stores are less than half an hour away. 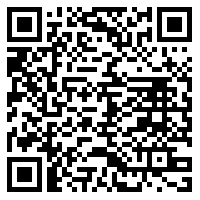