For some, the phrase seems like an oxymoron. While salmon, chilean sea bass and tilapia may all be in vogue, gefilte fish, the traditional ground fish mixture that is de rigueur in Ashkenazic Jewish households at Shabbos and Yom Tov meals, is like the Henny Youngman of fish: it gets no respect. But if a group of Brooklyn entrepreneurs have their way, that may be about to change as The Gefilteria’s product line makes its way into retail outlets.


The Gefilteria is the brainchild of 28-year-old Jeffrey Yoskowitz, a long time gefilte fish lover, who grew up eating his grandmother, Ruth Markiewicz’s, homemade gefilte fish.

“When she stopped making gefilte fish, we were still able to get a quality product from a nearby store that made Jewish comfort foods,” explained Yoskowitz, who grew up in Basking Ridge, New Jersey. “But the quality of the fish wasn’t consistent and we had what I like to call ‘The Gefilte Fish’ crisis in my family. It never even occurred to me then that I could just make my own.”

But with a background in the food world, which included importing organic food from the Negev as well as working as a pickler at a Jewish farm in Connecticut, Yoskowitz decided that it was time to follow in his grandmother’s footsteps and try his hand at gefilte fish.

“Unfortunately today many look down on gefilte fish, but generations ago it was the high point of many people’s week,” said Yoskowitz. “Gefilte fish became a joke when it was mass produced and stuffed into a jar; in all honesty, they shouldn’t be allowed to call that stuff gefilte fish.”

As Yoskowitz turned his thoughts towards fish making, he teamed up with two friends: Liz Alpern, an experienced cook and food writer who had worked with renowned cookbook author Joan Nathan, and Jackie Lilinshtein, a childhood friend with a strong business background who also shared a fondness for traditional Jewish cooking. Together, the three decided that high quality, fresh gefilte fish would not only change many people’s perception of the often maligned traditional fare but would be a welcome addition to the food world.

“Gefilte fish is an important part of our rich Ashkenazic tradition and I am proud to continue the culinary legacy of my family,” declared Yoskowitz. “Many Ashkenazic foods have peasant origins, as people made do with what they had and made extensive use of fermented foods to last them through the cold winter days. I value those rich traditions, some of which have been lost over the years and we wanted to return to the foods of our ancestors, while at the same time have some fun with those items as well as maintaining the highest standards of freshness and quality.”

Yoskowitz worked with his gefilte fish guru, Grandma Ruth, while Alpern rummaged through her cookbooks and consulted with Joan Nathan as the pair attempted to formulate a recipe that would meet their three criteria: texture, taste and aesthetics. Ultimately they devised a recipe for their fresh gefilte fish loaf which consists of whitefish and pike complemented by a ribbon on salmon running through its center.

“Our whitefish and pike come from the Great Lakes and we use sushi grade salmon, all among the best fish out there,” said Yoskowitz “There is no filler so that we can embrace the freshness of the fish. Our gefilte fish is gluten free and low in calories. It has some sweetness to it but the flavor profile is more complex. I believe in the onion as the staple of Jewish cuisine and that comes out in this product.”

For those who have difficulty embracing the notion of boutique gefilte fish, Yoskowitz offers the following suggestion: “Think of it as a fresh fish terrine.”

In addition to gefilte fish, The Gefilteria also offers several other products including kvass, a live-culture fermented beet drink, which Yoskowitz touts as a pro-biotic with stomach soothing capabilities, russel beets, horseradish and spicy carrot horseradish

“Carrot horseradish is our homage to the carrots traditionally served on gefilte fish,” said Yoskowitz. “Boiled carrots looked like a little yarmulka on top of the fish and never looked nearly as good as our spicy carrot horseradish, which was listed in Time Out New York as one of the top one hundred best products of the 2012. We wanted to carry on the carrot tradition with some newness and freshness. There is no reason Ashkenazic food has to be drab.” 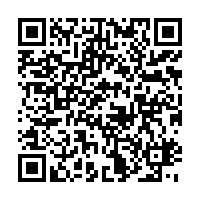