Pauline Phillips, the daughter of Russian Jewish immigrants known to the world as the advice columnist behind “Dear Abby,” has died on Wednesday at age 94 after years of battling Alzheimer’s disease.

Born Pauline Esther Friedman in Iowa, Philips began writing the column in 1956 when she was 37 years old. Writing under the pseudonym Abigail van Buren, Phillips’ “Dear Abby” was syndicated in more than 1,200 newspapers and had 95 million readers at its height.


Phillips once wrote: “It is a sad commentary of our times when our young must seek advice and counsel from ‘Dear Abby’ instead of going to Mom and Dad.”

Her sister, Eppie Lederer, wrote a similar column under the name Ann Landers. Lederer died in 2002.

One of Pauline’s most famous quotes was: “It is true that I was born in Iowa, but I can’t speak for my twin sister.”

A few others revealed her feelings about religion:

“Religion, like water, may be free, but when they pipe it to you, you’ve got to help pay for piping. And the Piper!”

“A church is a hospital for sinners, not a museum for saints.”

And this very Jewish sounding quote, which could easily have sprung out of the Chapters of our Fathers::

“There are two kinds of people in the world. Those who walk into a room and say, ‘There you are’ and those who say, ‘Here I am.'” Pauline Phillips’ daughter Jeanne, the current woman behind “Dear Abby” published this note to both her mother’s and her own readers:

DEAR READERS: My beloved mother, Pauline Phillips, has passed away peacefully at the age of 94. Over the last quarter century Alzheimer’s disease had stolen away bit by bit her remarkable intellect, but she battled her illness with courage and dignity. She was my best friend who can never be replaced.

As those of you who have read this column when my mother wrote it know, Mama had a deeply caring heart, a lively sense of humor and a deep devotion to all of you. She tried every day to educate, enlighten and entertain, and to inspire civility and respect for others in the many thousands of people who sought her advice.

Her days in the office were spent answering letters and calling people who were in distress. Over the years, her list of sources, friends and contacts grew into a Rolodex that was legendary. The demands on her time and travel were many, but she was a loving mother, loyal wife, a caring friend and wonderful role model.

Mama was born on July 4, 1918, to Russian immigrant parents and was the youngest of four daughters. She often said that until she was 12 she thought all the fireworks were for her and her identical twin sister, Esther (Eppie).

She always had an interest in and deep concern for other people. After her marriage to my father, Morton Phillips, she put that interest into action and became president of her local mental health society and trained Gray Ladies for the American Red Cross. She honed her skills as a writer by writing a letter to her parents every day and to her sister-in-law who had contracted polio and spent a year in an iron lung.

If we could sell our experiences for what they cost us, we’d all be millionaires.

If you want children to keep their feet on the ground, put some responsibility on their shoulders.

The less you talk, the more you’re listened to.

If you don’t value what you have, you’re sure to lose it.

People who fight fire with fire usually end up with ashes.

Love is what enables us to bridge the gap of disappointment when others don’t live up to the expectations we have of them.

Because a jackass brays doesn’t mean you have to take it to heart.

Staying in a marriage without love is like serving a life sentence with an incompatible cell mate.

Loneliness is the ultimate poverty. 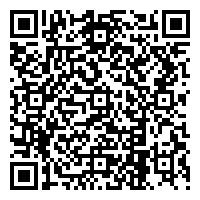