It wasn’t all that long ago that strictly kosher vacationing meant going to the Catskills in the summer and Miami in the winter.

My, how times have changed.

From African safaris to excursions to the tropical jungles of Costa Rica to scaling Mount Kilimanjaro, it seems as if there is almost nowhere that the kosher traveler can’t go. No one knows that better than Dan Eleff of Dan’s Deals fame, whose travels have taken him to six continents on frequent flyer miles, including a visit two years ago to the North Pole. But having conquered Longyearbyen, the northernmost city in the world where he viewed the Northern Lights, went dogsledding, and spent 12 hours snowmobiling with polar bears, Eleff found himself longing to visit the final frontier: Antarctica.

Two years ago Eleff hoped to do exactly that, bidding 770,000 Starwoods points for a ticket on a cruise to Antarctica. But when the stakes continued to rise, he elected not to commit any more points to the endeavor because traveling to Antarctica brought with it numerous halachic problems, particularly the challenge of eating kosher. There was no way to bring anything but the barest of essentials on board and the ship did not have in-room refrigerators.

“I thought it would be kind of cool to go there and I figured I could just rough it and bring tuna for two weeks, but in the end I decided it was going to cost me too many points and it just wasn’t worth it,” said Eleff.

Still, Antarctica remained very much on Eleff’s mind and when his friend, landscape photographer Moishe Hersko, broached the subject of the two partnering to create a kosher Antarctica tour, Eleff jumped at the opportunity, eager not only to view the Frozen Continent’s majesty, but also to be able to say that he had davened with a minyan on the Antarctic Peninsula. There would be no canned tuna here: this would be a luxury vacation, with gourmet meals as well as three minyanim a day and a sefer Torah.

The halachic challenges of getting to Antarctica were the first hurdle for Eleff and Hersko, who consulted with rabbinical experts as they put their plan into play

“You are not supposed to board a boat on Wednesday, Thursday, or Friday because it detracts from your oneg Shabbos,” explained Eleff. “Boarding on Sunday wasn’t an option because it meant having to be in Ushuaia, Argentina – the southernmost city and commercial airport in the world and the departure point for Antarctica cruises – for Shabbos. Leaving on Tuesday was also a problem because it meant we would have gotten back on a Friday which also meant spending Shabbos in Ushuaia. So the only day we could possibly leave was on a Monday.”

There were other challenges that had to be overcome too: In order to prevent problems with being on board a ship on Shabbos, Jewish travelers had to be in the minority, so Eleff and Hersko needed to find a ship that was already going to Antarctica and would be willing to accommodate an Orthodox group. Food was another important consideration, and since local laws prohibit bringing prepared food into Ushuaia, all of the kosher food would already have to be on board the cruise ship when it arrived in Argentina.

After much searching, the two identified a boat that satisfied all their requirements, the RCGS Resolute, which would be sailing south from Canada and could be pre-stocked with provisions by Canadian caterers. Not only were the ship’s operators happy to work with Eleff and Hersko, the Resolute also had an Antarctica expedition scheduled to leave on the only practical day of the week: its December 10-20 cruise, the only trip that would be leaving on a Monday for the next two years.

In addition to making sure all foods could be prepared according to the highest kashrus standards with a mashgiach temidi on board, there were other halachic issues that had to be considered. Cruises that venture south of the Arctic Circle, where the sun never sets, create questions about when to put on tefillin. Since the December 10 cruise, though, will be setting sail at the start of the summer season when not all of the icebergs have melted, it will remain north of the circle, circumventing that particular problem.

Sunset will be taking place at approximately midnight, which means that Shabbos will end for those taking the trip at 1:09 a.m. And the fast of Asara B’Teves, which falls out this year on December 18, will be extended until after 1 a.m., turning the shortest fast of the year into a 24-hour event for the group. But the extra few hours without food will be well worth it, observed Eleff.

“This is definitely a bucket list trip,” said Eleff. “It is easy to get to the other six continents, but Antarctica is so elusive. This is the world that Hashem gave us, and we are going to bring kosher food, daven with a minyan, elevate the sparks, find the nooks and crannies and bring kedushah to Antarctica.”

It is a two-day trip from Ushuaia to the Antarctic Peninsula through the sometimes rough waters of the Drake Passage. In addition to enjoying five-star food and luxurious accommodations, participants will enjoy lectures from Eleff on numerous topics including credit cards and miles, discussions with scientists on marine biology, and a crash course in photography from Hersko, a professional photographer and workshop leader with extensive experience in remote and exotic locations.

“There isn’t a camera in the world that can take a bad picture in Antarctica,” said Hersko, who will be available throughout the trip to help passengers with their cameras. “The trick is composition, in reading the light conditions, in understanding the behavior of the local wildlife – details that differentiate a snapshot from an epic photograph. The right lenses are also essential, as we will be capturing everything from close-up icebergs, to massive penguin colonies, to distant mountain peaks.”

The Resolute is a polar expedition vessel whose Lloyds 1AS ice rating, the highest given to any passenger ship, can navigate its way through ice that is more than three feet thick. Capable of carrying just 146 passengers, its relatively small size allows it to get into areas of the Arctic Peninsula that are inaccessible to larger ships.

In addition to its polar seaworthiness, the Resolute also allows for maximum luxury with a salt-water plunge pool, Jacuzzi, wellness center, and a gym. Hersko is looking forward to a late Friday night outdoor kumsitz on one of the ship’s heated decks as one of many moments of a memorable Shabbos in Antarctica that will also include a Shabbos morning kiddush and a very late night melava malka. Of course, Hersko expects the entire cruise to be one for the books.

“I have taken pictures in so many unusual locations throughout the world, but Antarctica is the holy grail of ridiculous landscapes,” observed Hersko. “It is literally the last frontier and nearly impossible to visit as a frum Jew until now. I can’t wait to be there standing in the midst of a colony of 10,000 penguins and expressing the sights, the sounds, and the smells.”

Antarctica is nearly entirely covered by ice that is over a mile thick. Because only 100 passengers from any one ship are allowed on shore at any one time, visitors to the Frozen Continent will have the opportunity to participate in a variety of activities during its mildest time of year when temperatures average approximately 34 degrees.

Snowshoeing, hiking, visits to scientific stations, historic sites, sea kayaking, and overnight camping will afford visitors one perspective of Antarctica, while zipping through the waters of the Arctic Peninsula on zodiac boats will allow passengers to get up close and personal with icebergs, fjords, and local wildlife, including a variety of penguins, seals, and seabirds while also catching sights of nearby whales.

A polar plunge planned for the cruise’s fifth and final day in Antarctica will even give passengers the opportunity to take a dip in the Antarctic waters during the milder summer season when water temperatures hover at 32 degrees, a relatively balmy reality for the most frigid spot in the world.

Luxury cruises, especially to Antarctica, do not come cheap, and prices for the trip range from $14,000 to $24,000 per person, which includes all meals, a pre-cruise one-night stay with meals at a five-star hotel in Ushuaia, airport to hotel to ship transfers, access to the Resolute’s media room, boxed lunches and dinners for travelers’ flights home, and an expedition gear package that includes windproof and waterproof jacket and bib pants, insulated rubber boots, a waterproof backpack, water resistant binoculars, and trekking poles.

Eleff insist prices were kept to a minimum in order to make the cruise as affordable as possible; so far, he said, the response has been extremely positive with more than 30 people already registered.

New York City resident Bracha Kaplan jumped at the opportunity to visit Antarctica. A world traveler, Kaplan has been to numerous countries including China, Scandinavia, India, and the Galapagos Island and, like Eleff, has long had Antarctica on her bucket list. Despite having already seen glaciers in Alaska and taken a polar plunge in Lapland, Kaplan said Antarctica presents even greater opportunities.

“Everyone who has gone there has told me it is otherworldly,” said Kaplan. “It is an amazing sight, and to be able to see the grandeur and vastness of Hashem’s world is really quite unique.”

Being able to enjoy kosher food and the company of other like-minded individuals from all across the Jewish community is the icing on the cake for Kaplan.

“You have a relatively small window of opportunity in life to travel when you have the health, the time, and the means to do something like this,” noted Kaplan, who is currently enjoying an extended trip to Israel, Morocco, Florida, and Argentina. “The world is an amazingly beautiful place and you have to grab the opportunity to live life to the fullest.”

Registration for the cruise is open until August 31 at www.KosherAntarctica.com. Two tickets for the cruise are being auctioned off to benefit Chabad of Cleveland, along with $5,000 cash and a credit card and private miles consultation with Eleff. For more information, visit www.DansDeals.com/go/CruiseRaffle. 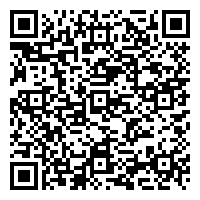