A decision to halt works during the Sabbath on a new bridge over a major Tel Aviv traffic artery has kicked up a political storm.

Transportation Minister Yisrael Katz said Wednesday morning in the wake of pressure from ultra-Orthodox members of the ruling coalition that he would freeze planned works on a new bridge over the Ayalon Freeway, the main Tel Aviv traffic ring.

The work had been scheduled to take place over the Sabbath, closing down a different section of the freeway each time. Katz, while not specifically mentioning the Sabbath work as the reason for suspending the project, said he had instructed the Netivei Ayalon company to submit new plans for carrying out the project.

“The plans chosen for construction of the bridge appear problematic and could cause disproportional damage to the general public over the weekends,” Katz said. “The announcement by the Tel Aviv Municipality via the Netivei Ayalon company saying that works on the bridge would close the Netivei Ayalon Freeway over six weekends, was outrageous and unnecessary.”

Tel Aviv Mayor Ron Huldai described Katz’s about-face on the work as “scandalous.” He pointed out some 700,000 vehicles a day pass through the Ayalon and said that closing the freeway on weekdays would create a “transportation catastrophe.”

Opposition politicians seized the opportunity to attack the government for caving into ultra-Orthodox demands at the expense of the public.

“There is nothing new from the government of capitulation. [Prime Minister Benjamin] Netanyahu is not guarding the Sabbath, but himself,” opposition leader Tzipi Livni tweeted. “In the choice between the public and political survival, Netanyahu chooses personal survival at the expense of the public.”

Yesh Atid chairman Yair Lapid, who has built his political career on campaigning for secular rights, said, “The ultra-Orthodox, the real leaders of this government, instructed Netanyahu to freeze the works. Netanyahu, of course, complied and it is we who will sit stuck in traffic.”

Likud Culture Minister Miri Regev said, however, that Katz made the right decision.

“I think we have to take into account the needs of religious people who live in this country, a Jewish state, where the ultra-orthodox also live and their views also deserve to be taken into consideration.” 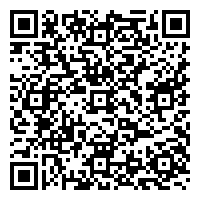