For 19 years Yerushalayim was a city divided, cut in two by the 1948 armistice line. After Israel’s War of Independence on November 30, 1948, at the time of the official cease-fire, Moshe Dayan sat with Abdallah Tell and UN mediators, slicing up Yerushalayim. Using a map scaled at 1:20,000, each side used a different coloured wax pen to delineate the furthest point under its control. Israel drew a red line and Jordan a green line. This is the origin of the phrase used to describe land that is “behind the green line.”

The 1948 armistice line in Yerushalayim stretched from Armon HaNatziv in the south of Jerusalem to Ammunition Hill to the north of the City. In many places the two lines converged. In addition, as the wax of the China graphic pens dried, the coloured ink lines spread out until they coved two millimetres of the map which equaled 200 meters. The drying ink caused a delicate problem as to where the exact boundaries were. For example, part of the neighbourhood of Musrara remained in a deadlock until an agreement was reached in July 1951.


Mount Scopus, where the Hebrew University and Hadassah Hospital are situated, remained in Jewish hands, although it was unequivocally within the Jordanian boundary. Twice a week, our soldiers disguised as policemen would travel in a convoy in order to be able to reach Mount Scopus to guard the area. The original sites of Hebrew University and Hadassah Hospital were technically under the protection of the United Nations, but despite the “Mount Scopus Agreement,” the institutions were not permitted to reopen.

Jordan was a threatening enemy state.

Along the seam of the division line on the Israeli side, people lived in danger and anxiety. At any given moment the trigger-happy Jordanian soldiers might open fire on innocent civilians. Many times children playing in front of their homes were shot at. Mothers would scream to their children to take cover.

As time passed, both sides built walls and fences for defence and security reasons. The Jordanians had 36 posts around the City, as compared to Israel’s 19.

Our starting point on the walking tour is the gas station next to Liberty Bell Park. We begin our brisk walk though the suburbs, facing the old city walls that had been turned into a frontier-like no-man’s land from 1948 until 1967. Our first stop is the Har Tzion Hotel, at the Cable Car Monument, on Derech Chevron. Here, the Duke of Kent, who was member of the British Order of the Knights of Saint John of Jerusalem, built a hospice for eye diseases in the 1880’s. At the time there were about four hundred different eye afflictions. The Ottoman army used the building as a weapons storehouse during the First World War. During the War of Independence fire from the Arab League made it impossible to reach positions on Har Tzion from the west of the City. At first the connection was maintained by means of a tunnel though the wadi. The tunnel made it possible to transfer supplies and evacuate the injured. This method obviously had its limitations.

Uriel Hefetz formulated a solution in December of 1948. A 200 meter (656 foot) steel cable was stretched across the Hinnon Valley, linking the Eye Hospital to the Israeli position on Har Tzion. It was only used at night, so that Jordanian Legion soldiers would not notice any activity. At the end of each night, the cable would be lowered down into the valley. The cable car reached a height of about 50 meters (164 feet) above the wadi. The rail cart could carry a maximum weight of about a half a ton. Three soldiers on each side were responsible for operating the cable car manually. The journey lasted about two minutes in each direction. Although it was used for only half a year, the IDF maintained it in perfect working condition from 1948 until 1967, in case it needed to be used again. The cable car was kept a military secret for twenty-four years, and its existence was only revealed to the public in 1972. 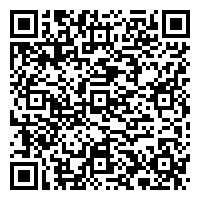