Newport, Rhode Island is a charming combination of nature’s most beautiful locations and a rich historical past. With the famous Touro Synagogue, a variety of mansions, each with its own distinct personality, as well as the beautiful coast, Rhode Island makes for an excellent vacation spot.

The first Jewish residents of Newport, Rhode Island seemed to have settled there as early as 1658. A group of Jews came to Newport from Barbados. The community was comprised of Jews of Spanish and Portuguese origin. They lived in Amsterdam and London, then moved to Brazil before relocating to the islands of Suriname, Barbados, Curaçao and Jamaica and then finally settling in Newport. When the new settlers made Newport their home they started the Yeshuat Israel congregation, the second oldest Jewish congregation in the United States.

The Jews in Newport prospered in the shipping and mercantile trades. In 1759 they began constructing a new building to house their congregation. It was completed in 1763 and dedicated during Chanukah of that year.

The Touro Synagogue is rich in the history of the Jewish people from the colonization period until 1946 when it was designated a National Historic Site.

The synagogue remains an active house of worship and is also toured by thousands of visitors every year. There is $12 entrance fee to visit the shul; however, during prayer time entrance is free.

Situated on 88 acres of gardens and parks, Newport Mansions offers a view of American history from the unique perspectives of each mansion’s owner. Every one of the historic house museums has its own distinct personality with exceptional elegance, architecture, art, interior design and landscapes.  The mansions are under the ownership of the Newport Preservation Society.

The Breakers, The Elms and Marble House offer state-of-the-art audio players with comprehensive descriptions and explanations on the lives of the people who lived and worked in the homes. The information on the audio tours were taken from diaries, letters, records and oral histories.

The Breakers is the most impressive of Newport’s summer “cottages.” It is a symbol of the Vanderbilt family’s social and financial success in the 1880’s.

In 1885 Cornelius Vanderbilt II purchased a wooden house called The Breakers. The villa was destroyed by a fire in 1892 after which architect Richard Morris directed an international team of craftsmen and artisans to create a 70-room mansion.

The Vanderbilts youngest daughter, Gladys, inherited the house when her mother died in 1934. The Preservation Society purchased the house from her heirs, in 1972. Currently, the house is designated a National Historic Landmark.

The Elms was the summer home of Mr. and Mrs. Edward Julius Berwind, a wealthy couple from Philadelphia and New York. In 1898, The Berwinds hired Philadelphia architect Horace Trumbauer to design a house modeled after a famous mansion outside of Paris. The Elms was completed in 1901 at a cost of approximately $1.4 million.

The recently restored Classical Revival gardens were created between 1907 and 1914. They include beautiful grass, trees, marble and bronze sculptures, fountains, a sunken garden and a magnificent area one can stroll in.


Mrs. Berwind‘s sister, Julia, inherited The Elms. After her death in 1961, the house and most of its contents were sold at public auction. The Preservation Society of Newport County purchased it in 1962 and opened the house to the public. In 1996, The Elms was designated a National Historic Landmark.

Marble House was built by William K. Vanderbilt, younger brother of Cornelius II, between 1888 and 1892 as his summer home. The house was designed by the architect Richard Morris Hunt, who was inspired by the Petit Trianon at Versailles. 500,000 cubic feet of marble was purchased at the cost of about $7 million to create it; the total amount spent on building it is estimated at $11 million. Mr. Vanderbilt gave the house to his wife Alva as a birthday present for her thirty-ninth birthday.

The Vanderbilts divorced in 1895 and Alva moved out. After William’s death, Alva reopened Marble House. In 1932 she sold the house. The Preservation Society acquired the house in 1963.  In 2006, Marble House was designated a National Historic Landmark.

Rosecliff was commissioned in 1899 by Theresa Fair Oelrichs. It was modeled after the Grand Trianon, a garden retreat of French kings in Versailles. The house was completed in 1902 at a cost of about $2.5 million.

The last private owners were Mr. and Mrs. J. Edgar Monroe of New Orleans. They gave the house and its furnishings to the Preservation Society in 1971.
In 1852 Chateau-sur-Mer was the most extravagant residence in Newport, until the appearance of the Vanderbilt houses in the 1890s. It was built as an Italianate-style villa for William Shepard Wetmore. During the 1870s, the Wetmores left on an extended trip to Europe while Richard Morris Hunt remodeled and redecorated the house in the Second Empire French style.

Mr. Wetmore died in 1862, leaving the bulk of his fortune to his son. The Preservation Society purchased the house in 1969.  In 2006 it was designated a National Historic Landmark.

George Noble Jones commissioned architect Richard Upjohn to build Kingscote. He wanted an elaborate summer cottage in Gothic Revival style. The Jones family left Newport during the Civil War. Their house was sold in 1864 to William Henry King whose nephew expanded Kingscote after he took possession of it in 1876.

The house remained in the King family until 1972 when the last descendant left it to the Preservation Society. Today Kingscote is a National Historic Landmark.
The Isaac Bell House, named for its owner, was designed in 1883. It is a combination of Old English and European architecture with a colonial American touch and exotic details

After passing through a succession of owners, the Isaac Bell House was purchased by the Preservation Society in 1996, and was designated a National Historic Landmark.

The north half of Hunter House was built between 1748 and 1754 by Jonathon Nichols, Jr., a successful merchant. After his death in 1756, Colonel Joseph Wanton, Jr. bought the house and extended it by adding a south wing and a second chimney.

Colonel Wanton fled from Newport during the American Revolution due to his Loyalist sympathies. Admiral de Ternay, commander of the French fleet in Newport in 1780, used the house as his headquarters. After the war, William Hunter, a U.S. senator became the new owner. Hunter sold the house in the 1860’s, the house passed through many owners from then until the 1940’s.

A preservation effort was started by Mrs. George Henry Warren and some other concerned citizens. They were afraid that the fine interiors of the house would be purchased and removed. The group bought the house and formed The Preservation Society of Newport County. The Preservation Society restored Hunter House to the way it was when Colonel Wanton purchased it.
Chepstow, an Italianate-style villa, was built in 1860, as the summer home of Edmund Schermerhorn. The estate was acquired by Mrs. Emily Morris Gallatin in 1911 and remained in the Morris family until it was bequeathed, in 1986, with its original furnishings to the Preservation Society.

Green Animals Topiary Garden is a self-sufficient estate featuring formal topiaries, vegetable and herb gardens, orchards and a Victorian house overlooking Narragansett Bay. While it is also part of the Newport Preservation Society, the focus here is not on the house, but on the extraordinary garden which feature 80 pieces of topiary, sculpted into the forms of animals, birds, geometric figures and ornamental designs. The sculptures are made of California privet, yew, and English boxwood.

Green Animals is the oldest and most northern topiary garden in the United States. Alice Brayton made the estate her permanent residence in 1939. When she died in 1972, it was left to the Preservation Society of Newport County.
Please note:  Green Animals is open seasonally.

The Newport Cliff Walk, one of the city’s top attractions, is a 3.5-mile public access walkway that borders the shore line.

The path runs behind many of Newport’s famous mansions, and is paved, although there are parts that are rugged and rocky. The Cliff Walk offers some of the most magnificent scenic sights and can be completed in about 2.5 to 3 hours. There are also many exit points along the way if you find it too difficult to complete.

Brenton Point State Park is an excellent choice for a picnic or just to relax. It offers majestic views of the Atlantic Ocean as it meets Narragansett Bay.

Newport boasts many more of nature’s wonders with different options of how to enjoy it. Visit Newport for a hands-on experience of Hashem’s world, His masterpiece! 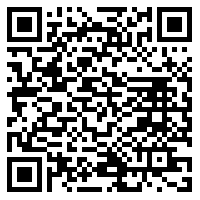