Yochanan Gol looks at his uncle’s tombstone in dismay. A huge black burnt circle marks his grave, remnants of a torching that has blacked out the date of his birth and passing. “This is the new tombstone that I had just purchased to replace the original that they smashed into bits,” he explained in an interview with Tazpit News Agency last week.

Gol’s uncle’s grave is among the dozen or so that have been defaced – either shattered or blackened by fire – in attacks on the Afghan Jewish section of the Mount of Olives cemetery by Palestinians from local neighborhoods nearby.  Plastic bags full of garbage and baby diapers can also be seen on the tombstones.

“Despite the attacks on the cemetery, my 89-year-old uncle wanted to be buried here,” said Gol. Gol’s uncle, Yitzhak made aliyah with the rest of the Gol family to Israel from Herat, Afghanistan in 1957.  “He wanted to be near his grandparents and his sister, who are also buried here.”

Less than a month after Gol’s uncle was buried on the Mount of Olives in April, his tombstone had been demolished.

After the vandalism occurred, Gol figured that the next tombstone had to be built in a way that would adapt to the circumstances. “We had the second tombstone built much closer to the ground and made sure that there weren’t any hollow areas between the marble stone and the ground. We also used thicker marble –  that way it couldn’t be smashed,” he explains.  “But they found another way to destroy the new one – by burning it.”

“I’ve been living here for 19 years on the Mount of Olives and these attacks are ongoing,” said Jerusalem city council member, Aryeh King to Tazpit News Agency. “This current attack is one of the worst that I’ve seen on this cemetery,” he said.

The Afghanistan Jewish section is the most heavily targeted burial ground in of all the Mount of Olives, according to King. “If anything like this happened to a Jewish cemetery elsewhere in the world, in Poland, Rome, or Paris, that would make headlines – but here it has become something regular, usual.”

The Mount of Olives is the oldest Jewish cemetery in the world, with 150,000 to 200,000 graves that include ancient prophets, state leaders, revered rabbis, among other important figures and simple folk. They are buried in the different plots according to different origins that include Yemenite, North African, Persian, Babylonian, Georgian, Galicia, Ashkenazi, Hassidic, and others. For 3,000 years, the Mount of Olives has been the preferred site for burial because Jewish tradition dictates that the resurrection process during the Messianic days will take place on the mount.

King David’s son, Absalom is buried there as well as the prophets, Haggai, Zechariah, and Malachi from Biblical times.

Jewish organizations bought the Afghan plot before 1948 according to Yochanan Gol, who is also a licensed tour guide. But the burial of Afghanistan Jews in the section owned by the Afghan Jewish Committee only took place after the Six Day War in 1967. “Since then, there’s been a history of destruction here,” Gol said. “It’s unbelievable that this happens in our own capital and country.”

However, under Jordanian rule, the destruction was much worse – massive and systematic desecration of the tombstones took place from 1948-1967.  The Jordanians erected a gas station on the ancient graves and also attempted to pave a road through the cemeteries. Some of the tombstones were used as paving stones for  Jordanian army camps and a new hotel. By 1967, around 38,000 tombstones had been smashed or damaged. Under Israeli rule, large sections of the cemetery have been rehabilitated and restored.

Moreover, Gol has not only had to deal with his uncle’s tombstone defacement but also with threats to his own security when travelling to the Mount of Olives. “Two weeks after the first visit to the tomb, we came again and some Arabs attacked me and my nephew. My vehicle was hit with stones and bottles and my car destroyed completely. We were lucky that we weren’t in the car at the time. I called the police and they chased after the perpetrators but couldn’t catch them.”

Indeed, visitors coming to pay respects to their loved ones often request security escorts provided by Israel’s Ministry of Housing and Construction during visits to the Mount of Olives. In addition to the tombstone vandalism, stone-throwing at cars and other attacks during funerals have been frequent occurrences over the years.

“There is no law, no police,” said King. “This is the Wild West, or the Wild East and it has to stop.” 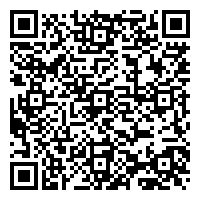