Home Sections Travel Traveling In Israel With A 12-Year-Old
Share on Facebook
Tweet on Twitter
Seeing Israel is one thing. Seeing Israel through the eyes of a 12-year-old is another, especially when the child is your grandson or granddaughter.

What is described as the “ultimate journey,” begins when Randy, my wife and I, board El Al flight no 28, to the Jewish state. Security is tight. How tight? They ask our grandson the name of his rabbi at his day school. He knows it!

“Israel is fun,” Randy wrote on a postcard halfway through our trip. What youngster would not enjoy riding a horse at “The Ranch,” in Havatzelet Hasharon, north of Netanya
(www.the-ranch.co.il). Saddling up, he moves out onto rolling sand dunes along the beckoning, blue Mediterranean.

Or racing around in go-carts at GO Karting Poleg (www.gokarting.co.il), around and around the indoor track popular with kids and adults alike.

Our base is an apartment in coastal, cosmopolitan Netanya between Haifa and Tel Aviv. To overcome jet lag, we rest for a day and later surf, swim and bask in the sun.

Randy and our niece, Jeanette, 12, who, with her parents, will travel with us, immediately take to Netanya, with its large French and Russian population; its croissants, and borsht, its Saturday-night, carnival-time atmosphere in the city’s festive Kikar Atzmaut. Pizza parlors, cafes, and stall after stall of costume jewelry and crafts. “A lot to see,” says Randy as he picks out a new magen david which he wears the entire trip.

Randy with two soldiers of Zahal at the Kotel

“Today I went to Jerusalem and saw the holiest place in Jewish history,” Randy wrote in his journal about the trip to the Kotel, the Western Wall. “So much history holiness … praying … touching the Wall,” Randy tells me with an awesome look on his face as we walk around the square. He takes pictures with Israeli soldiers; they all look so proud.

Next, a must on any tour: Chain of Generations program and its striking glass sculptures, artistic illuminations and video presentations (www.thekotel.org). Then the informative tour through the Western Wall tunnel which parallels the entire length of the Temple Mount. He is moved, he says, “because there is so much history behind that Wall.”

Over the next 10 days – with necessary breaks – you just can’t tour every day with kids – we make it to Yad Vashem, the Tank Museum, Mini-Israel, Masada, The Dead Sea, Haifa’s Carmel Center, Tel Aviv port and Independence Hall, Weizmann Institute, Tiberias, Safed and more.

Randy plants a tree in the JNF forest at the religious Kibbutz Lavi, near Tiberias, in memory of his other grandmother, Sharon.

At the Museum of the Diaspora, Ramat Aviv, (www.bh.org.il) excellent guides and visuals trace Jewish history. “I knew a lot of that,” says Randy.

Driving along the Haifa-Tel Aviv Highway No. 2, a statue of Herzl on a water tower looms over us. Randy knows who Herzl was, “If you will it, it is no dream,” he volunteers.

In Tiberias, we don’t have to tell him who Rambam and Rabbi Akiva were. At their tombs, images are reignited in prayer; new facts imparted by guides.

Kids enjoy being with family, especially new cousins their own age. Israeli cousins want to practice their English which prompts Randy to exclaim after a sumptuous dinner, “Thanks. Good food!” After the trip, they will communicate via e-mail, Facebook, Skype; for Randy, another bridge to the Jewish state.

Randy on a tank at The Memorial Site and Armed Corps Museum, Latrun

A trip highlight is the Memorial Site and Armed Corps Museum, Latrun (www.yadlashiryon.com). This Taggart fort still shows scars of the tough battles fought over it. Randy eagerly climbs up onto every tank: Shermans, Centurions, and Israel’s own Merkava. I don’t have to ask their reaction to this site; you could see it on their faces and hear it in their language: “Cool.”

Young people are aware of danger, too. “Are there Arabs over there?” Randy asks during our long drives, sometimes near the border. “Yes, there are,” we answer, but comfort him that Israel has good security and, certainly all Arabs are notterrorists. Not righteous to hate an entire people.

The point is made – without words – when a friendly Arab taxi driver in Jerusalem drops us off to pick up our car at a parking lot and adds, “follow me” as he goes out of his way to guide us out of Jerusalem.

We scoot around the country and stop at the The Ayalon Institute in Kibbutz Hill, Rehovot (www.shimur.org.il). A top-secret operation took place here between the end of World War II and Israel’s independence: The Haganah secretly manufactured bullets in an underground bunker.

Randy has visited the Holocaust Museum in Washington, D.C. After spending two hours at Yad Vashem (www.yadvashem.org) in the Hall of Names, he searches but can’t find his great, great- grandparents’ names. “I’ll work on it from home,” he says.

At Yad Vashem, we meet Rabbi Yisrael Meir Lau, the former Ashkenazi chief rabbi, who that day had honored the late Feodor Mikhailichenko as “Righteous Among the Nations.” The man saved the rabbis’ life and Mikhailichenko’s daughters are present to accept a medal. We take a photo of Rabbi Lau and Randy.

In Netanya stands the Wingate Institute, the National Sports Institute of Israel, which offers free tours (www.wingate.org.il) and which is named after British-born Major General Orde Wingate – who trained the Haganah. Located on 120-acres of landscaped gardens, it prepares Israel’s Olympic athletes as well as the country’s sports instructors and teachers. Randy’s and Jeanette’s eyes light up as we watch the athletes practice, especially the skilled Israeli Olympic female, volleyball team.

Regarding sports, on our last day, Randy asks:

“Sabi, maybe you can get me a surf board?”

I have no doubt he’ll be back. 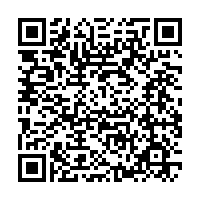