Home Magazine On Our Own/Cheryl Kupfer ‘Playing’ It Safe For Your Children
Share on Facebook
Tweet on Twitter
A few years ago I wrote in this column that at the bris of my oldest son – held in a shul whose members were for the most part elderly – a wizened old man approached me, peered into my face and muttered in a raspy voice with a Yiddish accent, “May your children sit shiva for you.” I was too stunned to say anything to him and just shook my head as he walked away. I thought, “nebach, he must be demented.”

Two more sons and several frantic runs to the ER later, it became all too clear to me that this alter Yid was in fact in full control of his faculties, and that he had actually given me a wonderful brachah. When he had expressed his hope that my children sit shiva for me, he wasn’t cursing me to “drop dead” as was my initial impression, but rather he was voicing the ultimate blessing – that my children outlive me. That they survive; that they not succumb to sickness or be victims of accidents or violence in their infancy, childhood or adulthood; that they bury and mourn for me and not, chas v’shalom, the reverse.

As we read during the recent Yamim Noraim in the Nesaneh Tokef prayer, there are so many ways the Angel of Death can snatch our souls. As I write this, there is news of huge death tolls due to a massive earthquake and the ensuing massive tidal wave known as a tsunami, as well as the all-too-common news concerning homicides, car crashes, flu and cancer deaths, etc.

While ultimately it is Hashem who decides whether we live or die, we are nonetheless commanded to watch over ourselves and, by extension, our children and those both young and old who cannot care for themselves. They are our responsibility.

Being a wandering bubby (especially over Yom Tov) happy to roll up my sleeves and do what bubbys do – namely help with the babies and toddlers – I became aware of some methods to keep kids safe that I want to share.

Kids are explorers. Once they discover that moving their knees and hands can get them anywhere – the sky’s the limit. Somehow bathrooms seem to have a special appeal.  But bathrooms are dangerous. Curious kids can grip the toilet seat and pull themselves up. Once up, they may stand on their tippy toes and bend over in an attempt to reach the water below. They can, G-d forbid, fall in headfirst and drown. Ditto for the bathtub – if there is water in it.

Older kids may get up on the bathtub ledge and try swinging from the shower curtain. As a five-year-old I did that – and fell headlong onto the tile floor. My mother must have been very concerned because she promised me a rare treat – an ice cream if I stopped crying. It worked. We were both lucky that it did.

It is crucial to put the toilet lid down after using it, empty the bathtub immediately after usage – before you take the child(ren) out – and keep the bathroom door shut. In fact, all doors should be closed behind you when exiting the room.

Speaking of bathtubs, when I bathe the little ones, I put an old pillow on the floor beside me. Newly-bathed, squirming babies are slippery and can wiggle out of your arms when you lift them out of the tub and start straightening yourself up. If somehow they fall out of my arms, they will hit the pillow instead of the hard floor.

It’s important to keep all pills and medications where children cannot reach them. (They look like candy.) I take a thyroid pill daily that is a lilac color and is sweet. If I were a kid, I’d likely eat all the pills in the bottle. When you put medications or other dangerous edible items away, be aware that kids are smart and they can push a chair, climb on it and reach a kitchen counter or cupboards. Kids can also reach up and possibly tip over heavy items that can fall on them. Metal or wooden knicknacks and chotchkes, should not be on any shelf – even the lowest one – because if pulled they can fall and crush little toes and fingers.

Young children can also climb on couches and chairs, and grab dangling window blind cords and wrap them (as a fun thing to do) around their (or those of younger siblings they are playing with) arms, legs and necks. An adult need only be out of the room for a minute when tragedy can strike. Also hazardous are the cords of cell phone chargers left in low-lying outlets, as well as computer power cords on the floor.

If possible, adults (even visitors) in homes with babies should try to see the world from a baby’s point of view. If you can, get on your hands and knees and crawl around. It’s a real eye-opener – and a possible lifesaver. 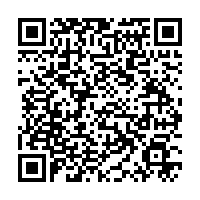