In addition, the Nabataeans were expert farmers who tamed their harsh desert surroundings, making the best of the limited rainfall. They harvested every drop of precious water into a complex system of channels and cisterns. They developed elaborate hydraulic systems, including dams to collect run-off water, reservoirs, ceramic pipes and siphons. They prepared whole hillsides so that the run-off from winter rains flowed into their orchards in the valleys. Using their intimate knowledge of the desert, they harnessed winter floods to harvest crops in significant quantities in the Negev. The Nabataeans built dams in their fields to halt the treacherous flash floods, allowing the retained moisture to seep slowly through the heavy soil. They meticulously cleared their fields’ stones encouraging a more efficient moisture penetration. The heaps of stones they created can still be see today. Some say these heaps served to support vines. The dew, from the overnight cold air would trickle through the heap of rocks, watering the vines without rapid evaporation. In an area with only 100 mm. of annual rainfall grapes, requiring 500 mm of water per annum, flourished.

In the beginning the Nabateans were completely nomadic. Having gained wealth and power, they altered their ways planting orchards, building houses and making wine. They did so with a “passion” as if overcompensating, as it were, for their past “desert” ways. As a result of their extended trade route, the Nabatean culture was highly influenced by Hellenistic Greece, Rome, Arabia and Assyria.


The Nabateans seemed to have abandoned Petra during the fourth century CE. Archeological evidence shows that their exodus was organized and unrushed, which leads us to believe that they were not driven out. The most likely explanation for their exodus is that when the trade routes were no longer necessary they moved north. (E.g. Trajan improved the King’s Highway to Damascus (Trajan’s Road) to such an extent that the route across the Negev became superfluous). The Nabateans thrived for a time, but their distinctive livelihood was gone. Eventually, they assimilated into the Roman world and simply faded away.

Yeshaya (Perek 60) informs us of the ingathering of the Jews and the rebuilding of Yerushalayim in messianic times. At the time the nevuah was given, Qedar and the tribe of Nebayot were renowned for sheep-raising and the wealth it brought them. Using the mashal of the wealth of these tribes the Navi enlightens us how rich we will be at the time of the Geulah. The flocks of the Nabateans will be sacrificed in Yerushalayim (ibid, 60 .7)

The book of the Maccabees has a number of references to the Nabateans. One of them tells of Aretas the king of the Nabateans, who held Jason the Jewish high priest in 169 BCE captive.

Directions: – Wadie Chaverim is about 10 kl (7mit or so) from the Sde Boker junction along Kvish 40, in the direction of Mizpeh Ramon. 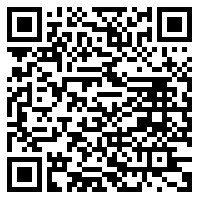