“In the U.S. They were convinced that Israel was going to attack Iran’s nuclear facilities in the spring, and we’ve tried everything in our power to change their stance,” Martin Indyk, former American ambassador to Israel, told Tali Lipkin-Shachak in an interview on IDF Radio on Thursday.

Indyk, who served under two presidents as American ambassador to Israel, explained that the Americans figured out finally that Israel was not really going to attack. “I think that afterwards they felt that Prime Minister Netanyahu and Security Minister Barak created a big fraud,” he explained.


“The president is obligated to prevent Iran from having nuclear weapons,” emphasized Indyk, “But this was the boy who cried wolf. First it looked like it really worked, when everyone did whatever they could to placate Israel. But after another round of Israeli threats, people in the Administration were saying, “Looks like they’re doing their threats again, but we can live with it.”

In reference to the idea that the world is accepting the possibility that Iran may become a nuclear power, Indyk commented: “The world can accept this, but Barak Obama absolutely cannot. We’re engaged in stopping the spread of nuclear weapons, and the assessment is that once Iran develops nuclear weapons, our efforts to prevent their spread all over the entire world will collapse. This is the responsibility of the president. He will not allow Iran to become a nuclear power.”

When asked about the possibility of a meeting between Netanyahu and Obama, Indyk said, “It would help calm things down, but the American presidential campaign is not about foreign relations and therefore it’s hard to believe that Obama would visit here (in Israel). American experts on elections say that every day that the presidential campaign spends dealing with foreign affairs is a wasted day. A meeting taking place at the United Nations General Assembly could also help.” 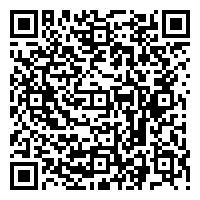