Home Sections Why Are Artists So Fascinated By The Branch Over The Prophet Yonah’s...
Share on Facebook
Tweet on Twitter
It’s easy to understand why artists have painted the navi Yonah early and often. There is no character more interesting than the man who, though blessed with the gift of prophecy, failed to grasp the responsibility he was charged with, literally turned his back on his divine mission and ran away, only to be devoured alive by a fish. After what must have seemed an eternity to the son of Amitai-in reality just three days and three nights-the fish, obeying a Divine commandment, vomited Yonah onto dry land.
Throughout the ages, artists have imagined the fish swallowing Yonah in a variety of ways. Some-like Claude Lorrain in his 1665Sea view with Jonah and the whale (British Museum)-drew a dragon-like fish, anticipating Falkor the luckdragon from the Never Ending Story: lots of fur, bushy eyebrows and a very large head.

Others-including Melchior Lorck in his 1553 Jonah coming out of the whale’s mouth (British Museum), a late third century fresco in a vault of the Catacomb of St. Peter and St. Marcellinus in Rome, an early fourth century mosaic from the floor of the Basilica of Bishop Theodore at Aquileia, a fourth century limestone relief at the Archaeological Museum in Istanbul and a c. 270-280 marble sculpture in the collection of the Cleveland Museum of Art-appended a fierce dog’s head to a fish’s body, reminiscent of medieval depictions of the mouth of gehennom as the jaws of a hellhound.
A c. 320 mosaic on the floor of the Basilica of Theodore in Aquileia, Italy, shows a sea monster with a duck bill so terrifying that the other fish flee from it, while a mosaic (before 1150) in the Duomo di Ravello represents a green lizard with scales that look like wings. An illumination in the Jewish manuscript, the Kennicott Bible (15th century), created by the scribe Moshe Ibn Zabara, depicts a fish with a spine running down its side (or perhaps an internal organ).

But however bold and fanciful the portraits of the fish (which interestingly is rarely a whale) devouring Yonah are, there’s an even more bizarre aspect of the visual interpretations of the Yonah story that’s well worth pondering this High Holiday season-the kikayon.
Often translated in English as a gourd, the plant grew over Yonah and protected him from the sun, only to be killed by a worm. When Yonah contemplated suicide from heat exhaustion, the Divine voice rebuked him for caring more about the tree (which he mourned) than the people of Nineveh (whom he was rooting against).
A good metaphor and a brilliant way to end the book? Absolutely. But it’s surprising that so many artists have chosen to depict Yonah overshadowed by the kikayon. From Michelangelo to Rembrandt, and Maerten van Heemskerck’s (early to mid-16th century) drawing Jonah Seated under the Gourd to a 6th century ivory sculpture at the Hermitage, Yonah often appears seated beneath a tree.

Sometimes it’s a single branch and other times it’s an entire tree. In a 14th century choir Psalter at the University of Oxford, Yonah even clings to a branch-presumably the kikayon-as he pulls himself out of the fish. In an Italian manuscript by Hugo de Folieto (12th century?), the tree above the head of the sleeping (or mournful) Yonah extends far to the right and becomes intertwined with several twisted roots which support a book whose page declares “Yonah’s complaint.” It’s almost as if the artist included the simply drawn Yonah just as an excuse to represent a detailed and dynamic illustration of the tree. Other depictions, like a 1562 engraving by Philips Galle, are irrational in their depiction of Yonah slumped under a small bush which is beneath a vast aqueduct. The small amount of shade the bush might have temporarily provided would never have left Yonah longing; the aqueduct would have more than protected him. Still, the artist couldn’t or wouldn’t let go of the kikayon.
There are a lot of non-Jewish potential motivations that might explain the artistic obsession with the kikayon. Perhaps the tree hearkens back to the Edenic Tree of Life, so often depicted in medieval manuscripts. Some artists embed crosses inside the kikayon, reflecting Christian traditions of identifying Yonah’s three-day stint in the fish as a kind of death and resurrection. Indeed early Hebrew translations of the New Testament used the Hebrew word for tree-etz-to describe the cross.

But there might be another narrative at play here. Just as people violating their assigned roles in Shakespearean plays upset the so-called Great Chain of Being, which causes nature to react strangely, there is an interesting interplay between people, animals and plants in the Book of Yonah. The prophet, who as a man is supposed to be a rational thinker, shirks his responsibility, only to be swallowed by a fish-which was divinely prepared-and then protected and subsequently abandoned by a plant. The plant and the animal have the good sense to obey their divine mandates (interestingly, the same Hebrew root m’n is used for the preparation of the fish, the tree, the worm and the oppressive wind); the man does not. One assumes that Yonah learns his lesson, but the book ends with the divine accusation.
Perhaps in the image of Yonah sitting beneath the kikayon, artists found a microcosm for the entire book. Yonah, after all, is truly bound by his nature, try as he might to deny it. Just as the tree literally transcends Yonah, the divine plan plows ahead despite his rebellion. And not only is the tree a microcosm for nature, but the shade it casts matches parallel biblical passages that compare the Divine arbitration in the world to shadows. Having attempted to flee his own shadow, Yonah again confuses the pleasures of the kikayon shadow with the source of the power behind the tree. Perhaps that’s part of the reason the kikayon has so mesmerized artists throughout the ages.

Menachem Wecker, who blogs on faith and art for the Houston Chronicle at http://blog.chron.com/iconia, welcomes comments at mwecker@gmail.com.

Kabul Has Fallen, US Negotiating Transfer of Power to Taliban 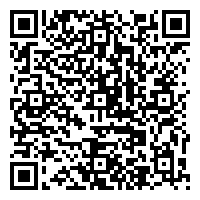