Though not a common or traditional area for Judaica collecting, I have always been fascinated by synagogue High Holy Days prayer schedules around the world and through history, and I present here four such noteworthy items from my collection.

In May 1940, things were not looking good for the Allies in general or for Eretz Yisrael in particular. The Nazis had marched through Belgium, breaking through the French-English front and arriving at the English Channel. In Eretz Yisrael, where the defense of the cities and its citizens lay entirely in the hands of the British, Jews panicked, fearing a bombardment of Israeli cities, and residents prepared shelters against anticipated aerial attacks.

The greatest fear at the time was the prospect of Italy joining the war – which it did, on July 10. In short order the Italians commenced bombing Israeli cities, including Haifa, where dozens of people were killed, and the heart of Tel Aviv, which resulted in 107 deaths.

(Although the Tel Aviv bombing was one of the few occasions during the war when the Axis powers caused Jewish deaths in Eretz Yisrael, it has been largely forgotten. However, in 1955 the Tel Aviv Municipal authorities erected a small stone memorial on the corner of King George Street and Ben Zion Boulevard.) Some Jews who believed in the inviolability of Jerusalem argued that the enemy would never dare bomb the Holy City, but the authorities, following laws that were already in effect in other Israeli cities, enacted a Jerusalem blackout effective the night of June 3, 1940. In this environment of nightly blackouts, synagogues in Eretz Yisrael had to make alternative arrangements for night minyanim, including on the night of Yom Kippur.

Shown here is an original September 1940 notice to the members of the Yeshurun Synagogue in Jerusalem regarding the special schedule and regulations for prayers on Erev Yom Kippur:

Due to the necessity of the blackout, we have scheduled Kol Nidrei to take place early at 4:30 p.m. so that we will be able to pray by daylight until 5:20 p.m. We assume that by that time the congregation will have completed the silent recitation of the Shemoneh Esrei. Therefore, the cantor will pray aloud, verse by verse, and the congregation will repeat after him silently in the participatory prayers and listen with great care to the prayers that are only the responsibility of the cantor to recite.

This year, we will not be reciting various [specified] piyutim because of the extreme danger and “The Master of Selichot” [i.e., the God of Israel] will surely forgive His Nation.

The Vidui [confession] is an obligation of the day, and we request that he congregation be particularly diligent about preserving silence and order during the prayers, so that each worshipper can listen to the cantor’s recitation and repeat the Vidui quietly after him.

The famous Yeshurun Central Synagogue, founded in 1923, was established to counter Jerusalem’s then-growing Reform movement and soon became the central prayer-hall and meeting place to discuss the city’s religious affairs. The name “Yeshurun” appears in the Torah as a synonym for the Jewish people: “There is no one like the God of Yeshurun, who rides on the heavens to help you and on the clouds in his majesty.” (Deuteronomy 33:26)

An interesting historical note: Haj Amin Al-Husseini, the grand mufti of Jerusalem, asked Hitler to conduct an air raid on Jerusalem. The Luftwaffe High Command conducted an assessment of such a mission, and the Nazis considered bombing Jerusalem on November 2, the anniversary of the Balfour Declaration. But they ultimately determined the mission wasn’t feasible, first because Jerusalem had no great military importance and, second, because Jerusalem had a strong Arab minority and the Nazi strategists saw no way to ensure that their bombs would kill only Jews during the raid.

This Yom Kipper davening schedule lists Kol Nidrei as beginning “in the third quarter hour after the fifth hour” (i.e., 5:45 p.m.), but warns against reciting Barchu, the beginning of the Maariv service, until tzeit hacochavim (when the stars come out and are visible). Shacharit, the morning service, begins at 5:30 a.m.; Mussaf, the additional service, at 11:15 a.m.; Minchah, the afternoon service, at 3:15 p.m.; and the final Neilah service at 5 p.m., with a warning not to blow shofar, which concludes Yom Kippur, until anshei shlomenu (the knowledgeable Jews in the community, who are well versed in the law) would blow.

It is not clear from the document to which synagogue in Prague this schedule applies, but there were five principal synagogues in operation in the city in 1870:

* The Alte-Neu (“Old-New”) Synagogue, originally built in 1270, is the oldest shul in Europe and was always Prague’s most important synagogue. Except for a four-year disruption during World War II, services have been conducted there uninterrupted for almost 750 years. It is also the shul where, according to legend, Rav Judah Loew, the Maharal of Prague, created the Golem to defend the ghetto against anti-Semitic pogroms.

* The Maisel Synagogue, originally built in 1591 through a special permit issued by Emperor Rudolph II, is named for Mordechai Maisel, who financed the shul. In the 19th century it became the birthplace of liberal Judaism and it functions today as the primary repository of religious objects for the Jewish Museum in Prague.

* The Pinkas Synagogue, first mentioned in 1492, is famous today as a memorial to 77,297 Moravian and Bohemian Jewish Holocaust victims whose names are etched on the walls of the shul. One of its famous members was the writer Franz Kafka.

* The Klausen Synagogue, built on land acquired by Mordechai Maisel, was completed in 1694. During the Holocaust, imagery of the Jewish festivals and life cycle events were displayed. Today, the restored shul exhibits old Hebrew manuscripts and prints for the Jewish Museum.

* The newest of the synagogues, The Spanish Synagogue, was built just two years before the 1868 Schedule of Prayers. It is very different from the others in that its interior is filled with Moorish and Islamic designs and art and it serves today as the headquarters for the entire Jewish Museum system in Prague.

However, the legend atop the document explains that these are the prayer times for the entire kahal kodesh (“holy congregation”) of Prague. It may well be that this schedule was issued by the religious leadership of the Prague community and was in effect for all synagogues holding Yom Kippur services in the city.

This schedule presents a detailed timetable for services for the Yamim Noraim and Sukkot. For “Yom Kippur Eve” on Tuesday, September 21, Minchah services are held twice, at 11 a.m. (curiously, this may have been too early to hold the afternoon services consistent with halacha) and 3 p.m., and Kol Nidrei at 5:45 p.m. On Wednesday, September 22, services begin at 8 a.m. and continue until the evening without interruption – in other words, no break. The rabbi’s sermon was scheduled for 11 a.m.

There is evidence of Jews living in Modena as far back as the 14th century, but the Israelite Temple wasn’t built there until 1869 (and inaugurated in 1873) when the Jews, as an expression of their freedom after all discriminatory laws against them had been abolished ten years earlier, undertook to erect a new house of worship as “a worthy and dignified work.” The designers intentionally adopted a neo-classical style that was dramatically different from the architecture of neighboring churches.

By 1920 many Jews had left Modena for larger cities. When Jews left the city to hide during World War II, they put a seal on the synagogue door that was found intact when the U.S. Army liberated Modena. Equally miraculously, the shul’s seven Torah scrolls, which had been hidden with families in the Italian countryside, all survived. Though a congregation exists there today, it is small and primarily elderly.

This Yom Kippur davening schedule, one of the earliest I have seen, is interesting in that it lists several specific piyutim for each of the day’s prayers. Also noteworthy: there appears to be a second Torah reading after Mussaf, at 3 p.m., presumably for those who were unable to hear the Torah being read at its scheduled time of 11 a.m. after the Shacharit service.

But perhaps most intriguing of all is the 20-minute sermon given after the completion of the Neilah service and before Maariv. No matter how stimulating and inspiring the rav’s drasha may have been, I find it difficult to imagine a ravenous congregation sitting patiently and listening to a speech

Finally, a number of my Yamin Noraim davening schedules, including this one, use the Hebrew letters shin, mem, vav, taf – shemot (names) – to indicate the Maariv service at the end of Yom Kippur. I have not been able to discover the meaning and origin of this term, and welcome input from Jewish Press readers in this regard.

Wishing everyone a gemar chatimah tovah. 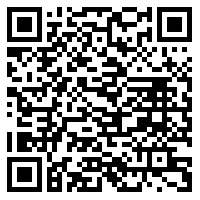