Top officials of the Fatah-led Palestinian Authority government in Ramallah are set to visit Gaza next Monday for the first time since Hamas seized the region in a bloody coup in June 2007.

The trip is taking place as part of the agreements surrounding the dissolution of Gaza’s administrative committee that were brokered with Hamas by Egypt in recent weeks.

The two security heads are expected to lead the talks with Hamas over control of border crossings with Gaza – primarily, control over the enclave’s Rafah Border Crossing with Egypt. 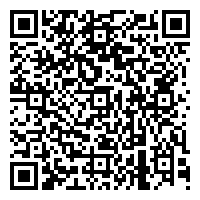