This rocket is as big as a telephone poll, has a range of 75 km., and could reach Tel Aviv and most of central Israel. But the Fajr-5 can be moved through the smuggling tunnels to Gaza only if broken down into 8-10 sections and then reassembled on the other end.

The Fajr-5 carries a 200-pound warhead and is only effective if aimed at a large urban area. That means that the most likely victims will be civilians. Israel would certainly go into Gaza if a Fajr ever landed in Tel Aviv. 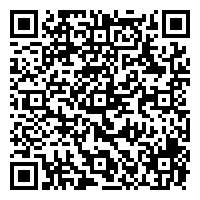