“There is less access, let’s face it.” This is how Rafael Mariano Gross, the director-general of the International Atomic Energy Agency (IAEA), summarized the results of his talks with the Iranians during mid-February, just before a new Iranian law mandated by the parliament went into effect, cutting back the monitoring of the Iranian nuclear program. There would be no more “snap inspections” by the West on Iranian facilities.

There was little reason to celebrate the new understanding, for the Iranians followed this latest deal with new statements about their program which were clearly disturbing. The Supreme Leader, Ayatollah Ali Khamenei, declared that Iran’s uranium enrichment levels would no longer be limited to 20 percent. “We may even increase enrichment to 60 percent.” The JCPOA, also known as the 2015 “Iran deal,” limited enrichment to just 3.67 percent. Enrichment to 90 percent is what the Iranians need to manufacture a nuclear explosive device.

Verification of the JCPOA understandings was extremely flawed. Last November, Iran’s enrichment levels reached 12 times the amount that had been permitted, according to the IAEA. Tehran is now on a path to get closer to an atomic bomb than ever before.

The Iran nuclear deal had other serious defects that needed to be fixed, but it did not appear that these changes were going to happen. Take ballistic missiles. When the West created an arrangement with Saddam Hussein at the end of the First Gulf War that sought to address his weapons of mass destruction, they did not limit themselves to dismantling the biological, chemical, and nuclear components that the Iraqis possessed. They included all ballistic missiles above a range of 150 kilometers. But the JCPOA did not touch Iran’s missile capabilities. It was a huge hole in the agreement. There is no indication that it is now going to be remedied.

Another defect in the JCPOA was that it was built around the assumption that if Iran adhered to its terms, Iranian behavior would become more moderate. This was projected in the West to be a possible consequence of the easing of sanctions on the Iranian economy. But now looking back to 2015, the relaxing of sanctions on Iran did not moderate its regional behavior. The Islamic Revolutionary Guards Corps (IRGC) continued to employ Shiite militias sometimes with even greater force. A February 2021 report by the Tony Blair Institute for Global Change did not mince any words on this point: “The number of militias created by the IRGC surged.”

Iranian expansionism spread in this period to areas that are not thought to be within its sphere of influence. Its support for the Houthi guerrillas in Yemen gave it a strategic presence along the Bab al-Mandeb Strait that connected the Red Sea and the Indian Ocean.  Iran began working with the Polisario in the Western Sahara, basing themselves in Algeria. Iran was operating far away from the Persian Gulf.

What was needed was a robust response by the West to these Iranian actions. In the past month alone, Iranian proxies struck at an American facility in Iraqi Kurdistan with rockets as well as a civilian airport in Saudi Arabia.

True, the U.S. hit back at an Iraqi militia stationed just over the border in Syria. But without a consistent American policy of striking back, the Iranians will not internalize the U.S. message.

Right now, Washington is still determined to re-enter nuclear talks with Tehran. Without a strong reaction, the Iranians are likely to escalate their actions even further across the Middle East. But there was no indication that the U.S. and Europe understood what they were facing. 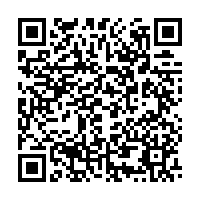