A vehicle driven by an Arab terrorist struck an Israel Defense Forces soldier on Tuesday evening in a ramming attack that took place near the Neve Tzuf-Halamish junction near the Jewish community of Halamish, in the Benjamin region.

The IDF said in a statement that the terrorist “arrived at the scene in a vehicle and accelerated toward IDF soldiers who were protecting the road. The terrorist hit one of the soldiers who was injured in his leg and evacuated by military helicopter for medical treatment at a hospital.”


The 19-year-old victim sustained moderate injuries to his legs. He was treated at the scene by medics by the Magen David Adom emergency medical response service before being evacuated by helicopter for further care.

In an update about two hours later, a spokesperson at Jerusalem’s Hadassah Medical Center told reporters the soldier was seen in the Trauma Unit. “His condition is stable, he is semi-conscious and his situation is currently classified as moderate (ed.-fair), with various bruises,” the spokesperson said.

The terrorist, who was chased from above by security forces in a helicopter, was captured shortly after the attack.

“The vehicle and the fleeing driver were apprehended,” said Yehuda Amrani, spokesperson for the Benjamin Regional Council.

Palestinian Authority sources told TPS the arrested terrorist was identified as Muhammad Nazmi Yassin, about 30 years old, from the village of Bil’in. 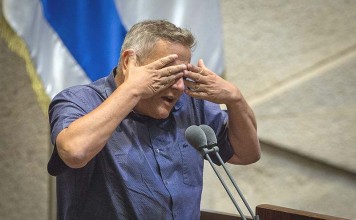 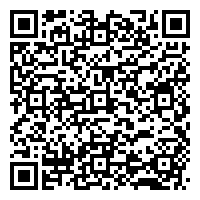