‘A great miracle happened there, in our days,’ each year reminds us of the historic events that led to the creation of the ancient Jewish Festival of Lights, Chanukah.

The story is told about the Jewish revolt of the Macabees and the miracle of the single cruse of purified oil for the Holy Temple which lasted an entire eight days until a new supply could be secured. And it includes the tale of Chana and her seven sons who were involved in the war, each of whom refused to bow down to an idol – right down to the youngest, a mere young child – preferring to die for the sanctification of God’s Name rather than profane it.

Imagine the irony, therefore, to know that now and in our present day, there are Christian children led by a cleric who once learned in a yeshiva in Jerusalem, who this year were faced with the very same dilemma.

The little Christian children were threatened with death by extremist “Muslim” monsters from the Islamic State in Iraq and Syria, ISIS, if they would not convert to a faith not their own.

All four children were under age 15, according to Canon Andrew White, the “Vicar of Baghdad,” who told the tale from Jerusalem in late November to the Orthodox Christian Network.

“ISIS turned up and said to the children, ‘You say the words that you will follow Muhammad, and the children, all under 15, four of them, they said, ‘No we love Yeshua… We have always followed Yeshua.’

“They said, ‘Say the words! They said, ‘No, we can’t.’ They chopped all their heads off. How do you respond to that? You just cry,” recounted Canon White.

ISIS is currently hunting for the vicar, he was warned. The Archbishop of Canterbury has ordered him to leave Iraq as a result, for his own safety. Having once learned Old Testament from its original sources in an Orthodox Yeshiva in Jerusalem’s ancient neighborhoods, and Biblical analysis from the Hebrew University of Jerusalem, perhaps it was only natural for him to return to the Holy Land when it was time to leave Iraq.

“I am in Israel now,” he explained, adding that some 250,000 Iraqi Christians are displaced. The group once numbered 1.5 million. There once were more than 300 churches in Iraq; most recently there were 58.

On Monday, ISIS launched a siege on a cafe in the busy commercial and government center in Sydney, Australia. As of 6:30 am Monday morning Israel time, the terrorists were still holding customers hostage in the cafe. 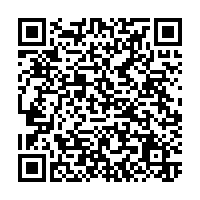