I enjoyed reading the “Is It Proper?” column last week about men and women calling each other by their first names at work.


I think another question that should be discussed is interactions on professional social media sites like LinkedIn. People write posts, and others react to them by “liking” or “loving” them. Often the posts have nothing to do with parnassa.

If you post a heart in reaction to a post, it means you love it, but is it okay to “love” posts of the opposite gender with hearts? There are other tznius questions related to these sites, too.

Anti-Semitism on the Subway

I got a disturbing taste of anti-Semitism here in New York City on Monday. I was riding the R train from downtown Brooklyn to Boro Park and noticed a middle-aged man sitting on a seat perpendicular to mine looking at me angrily while reading a book.

The cover of the book had a big cross on it and many other symbols, but I couldn’t get a picture of it. I did manage, though, to snap a picture of the inside. Later, when I came home and zoomed in to see what he was reading, I was horrified and terrified to see the most reprehensible hate. The book made fun of Yidden, Yiddishkeit, etc. and judged all Yidden because a few boys were wild on the street.

Please publish this letter to remind people that we are in galus, and that even here in New York City live people who hate us. Even here books can be bought that contain the most despicable comments about Yidden.

Rabbi Dov Fischer pinpointed the most dangerous challenge facing us today: the socialist brainwashing of our children by academia, the media, public education, and entertainment.

There is no freedom of speech or thought in American public schools or universities. Ideologically monolithic departments develop curricula and hire only “progressive” professors. Students are too intimidated to speak their mind.

Ask them. Ask them if they dare raise their hand to challenge anti-Israel diatribes by leftist professors. Ask them if they dare defend Judeo-Christian values before the union educators who dominate our national school system and infuse our pupils with the agenda of the atheistic, anti-religious bigots of the Democratic Party.

In 1942, the U.S. State Department drafted an international bill of rights that became the basis for a United Nations Bill of Human Rights. The final draft proclaimed: “These human rights shall be guaranteed…without discrimination on the basis of nationality, language, race, political opinion, or religious belief.”

Americans of faith need to join hands and demand that Congress include “political opinion” as a protected human right. If it were, universities would be forced to politically diversify their staff  to reflect the diversity of our population or risk losing government funding. Such a law would give the same protection to political choice as it now does to sexual and gender choice.

Without a law protecting political freedom, our religious freedom and freedom of speech and thought are in mortal danger.

Let Women Have Their Own Hatzalah

I am currently only a New Jersey EMT, but for many years I was both an EMT and a paramedic working three different boroughs in New York. I was also EMT senior instructor for NYC EMS Academy in Queens, senior EMT and paramedic staff instructor at (the old) St. Vincent’s Hospital, and a sitting member of REMSCO.

1) When Riverdale started its Hatzolah service, I was asked to teach a class that included both men and women. The women knew they could not join Hatzolah but still strongly desired to know as much as they could for a multitude of reasons (taking care of young children at home, elderly people, etc.). Their dedication could not be measured.

2) I was once asked to take over an all-women EMT class in Boro Park. Again, the women knew from the outset that their knowledge, skills, education  were assets that could not be openly used in their community, but they persevered, scoring as a class one of the highest state averages on the final EMT exam.

Now Ezras Nashim comes along. Although I have never met the women who comprise it, I know what they want: to selflessly dedicate their time, energy, and skills to help others.  I won’t comments on the rabbinic statement against Ezras Nashim or Hatzolah’s view on the matter. I only know that women in religious communities should not be denied their desire to be treated by one of their own.

I know how I would have voted on this issue were I still a REMSCO member.

Building a Menorah with… Wood?

In the weeks before Chanukah, many teachers and self-motivated youngsters design and build Chanukah menorahs. Most often, the base of their menorah is a slab of wood, which – when you think about it – isn’t the ideal material to use considering that it is highly flammable.

As a carpenter, woodworker, and craftsman with a few years of experience, I would suggest that people make their Chanukah menorah bases out of a flame-proof material called homasote. It is made out of 55-percent recycled, all-wood fiber material and is impregnated with fire retardant chemical ingredients. It is available at all lumberyards and places like Home Depot.

Lumberyards or woodworkers can quickly cut many pieces at a time with power saws. (In a pinch, a hand saw can be used as well), and its edges are smooth and don’t need sanding, so there is no fear of splinters.

Finally, homasote is very cheap compared to wood, even when factoring in hiring someone to cut it for you.

What if they were appalled that he cozies up to some totalitarian leaders and does nothing about the verified Russian attempt to influence our elections (free and fair elections being the bulwark of democracy)? What if they were deeply saddened by the president’s repeated attacks on the press, all too often in general terms, as if this vital cog in democracy is an enemy?

What if they were stunned when he told four women who disagreed with him to go back to their countries although three of them were American citizens?

Charles Gross’s op-ed last week, “Debate Questions I Would Ask Bernie Sanders,” was right on the money. But I would ask most of these questions to all the Democratic candidates since the Democratic Party seems to be moving more and more against the State of Israel.

I hope the newly-announced Democratic candidate, Michael Bloomberg, is a person for whom I can vote since I do not respect Donald Trump.

Soros Is Our Enemy

Soros’s supporters – including, of course, the liberal Jewish community – revel in accusing his detractors of anti-Semitism. But this accusation is strange considering that Soros has never identified as a Jew and, as a young teenager in Hungary, actually aided the ferocious and virulently anti-Semitic Arrow Cross – the partner of the SS in Budapest. He is also a fierce, uncompromising enemy of Israel.

How, then, could Jews defend him? Because he funds many ultra-leftist groups that support Democrats running for office. Insanity? Perhaps. But it’s also normal behavior for liberal Jews.

Over 100 Democratic members of Congress recently signed a letter protesting Secretary of State Mike Pompeo’s announcement on the legality of Israel’s settlements. In it, though, they displayed total ignorance of a whole gamut of international law.

For example, they misinterpret and misrepresent Article 49 of the Fourth Geneva Convention, making reference to “forcible transfers,” even though no forcible transfers took place on the settlements. The land is also not “occupied” since it has been Jewish biblical land for 3,500 years.

Unfortunately, as Stephen Flatow wrote in a recent op-ed, the position of the erring Democrats is “not only tragic, but today’s sad political reality.” And not only does Congress get lost in this abyss; so do the many thousands of Democrats who follow their mistaken leaders. We should reject their path and be grateful to Trump and his leadership, which is guiding the way to a safe and secure Israel.

Buried in a Non-Jewish Cemetery

A wonderful but sad article appeared in The Jewish Press last week. It was written by Zalman Alpert and was about the ger tzedek of London (18th century), a wonderful human being who devoted his life to G-d.

Unfortunately, as Alpert notes, this ger was buried in a non-Jewish cemetery. Please let’s try to make sure this tzaddik get the honor he so deserves and is transferred to a Jewish cemetery as soon as possible. 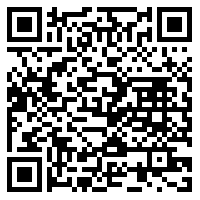