From the outside, the Center for Kehilla Development (CKD) Ramat Eshkol building seems rather nondescript. But inside, there is a passionate flurry of activity – where young men are delving into the depths of the Torah for not only their own personal enrichment, but for the advancement of world Jewry as well.

At the main level, these young men daven maariv after a day of rigorous study. Upstairs, a rather unique workshop takes place as students learn to inspect garments to ensure that wool and linen are not combined. The mitzvah of checking for Shatnez, as it’s called, is not often taught in Yeshiva and many small Jewish communities don’t have an authority certified to properly check the garments.

“Normally, in every Orthodox community there’s one person who knows how to administer a shatness test. But in smaller communities in America, there’s nobody to do this, so they have to pack up all their clothes and ship them off to larger communities,” the Dean of the CKD, Rabbi Lawrence Kelemen, explained.

These aspiring rabbis, then, all listen intently as they learn how to check if a garment, usually a suit, has that forbidden combination of material embedded it in. Through setting small snippets the fringes alight to checking the garment under the microscope, these men learn how to provide this service once they graduate the five year program.

Checking for Shatnez is just one of the many ways a CKD alumni becomes a foremost expert in halacha, so they are able to serve their prospective community in a robust and comprehensive way.

“Generally, yeshivos provide an all-day Talmud program.  Then, if someone decides he wants to become a rabbi, he leaves that program and joins one of the many rabbinical training programs providing an all-day halacha curriculum.  Most of those programs focus just on the laws of Kashrut, although the more prestigious halacha programs do provide wider coverage,” Kelemen explained.

“The CKD curriculum includes extensive training in the science of education and marriage counseling, the complete Dale Carnegie training course, and an internationally accepted EMT certification.  Every CKD fellow spends five years studying psychology and counseling, and receives a certificate in Mental Health Counseling,” he said of the program’s robust curriculum.

Kelemen prides himself on the pedagogical methodology he helped create for his students that ensures that upon completion of the program, they will not only become rabbis, but well-rounded authoritative figures in their community. The CKD program, although innovative in approach, is not entirely new –  Kelemen drew inspiration from the model that was standard between the second and 19th century, but abandoned after World War II.

“We aren’t trying to train just “Torah scholars” or “rabbis”.  The CKD’s mission, and it’s radical path, is to train caretakers for the Jewish Nation, people who will be able to provide – in the most professional manner possible – for every need a community may have. ” he said.

“The core belief at CKD is that one’s integrity and character are of the utmost importance when it comes to caring for others” he said. “None of [these subjects] is extracurricular if the goal isn’t just “rabbi,” but “caretaker” and “leader.”  Moses wasn’t just a talmudic expert or halachic authority. He was much more.”

This method of study appealed to CKD student Mordechai Katsevman from Russia. “CKD goes beyond typical Jewish studies; we’re given tools and opportunities to develop as a person. This is unprecedented full-time Torah learning program,” he said.

Sadly, a program of this nature is in demand across the diaspora where smaller Jewish communities are shrinking and even the larger ones are having difficulty attracting charismatic leaders that can properly engage with their congregants. CKD alums are already in high demand, with most of the freshman class already placed in communities.

The graduates of CKD, many of whom have some yeshiva studying under their belt, enroll in the program because they want to go that extra mile and not only help community members nurture their spirit, but their body and soul too.

From psychology classes, to learning from established rabbinical authorities, to studying the value of shalom bayit (peace in the home) with their wives, these men plan to return to the diaspora with an open mind and heart.

“To find someone who’s a trained psychologist who can answer any halachic question with a sourced answer, who is thoroughly rooted in Jewish studies, with broad knowledge and can administer CPR….someone who is there to take care of you – that is not usual,” Kelemen said of the program which now has 27 students enrolled.

So while the ultimate goal is for these students to enhance a community, for many,  the CKD journey is one of personal fulfillment as well.

“Studying Torah in Israel is unbelievable. It’s a dream comes true. Since I was ten, I dreamt of being here, learning and living in Israel. CKD gave me this opportunity,” Katsevman marvelled. “Being in Yerushalyim, the Torah capital of the world, it’s in the air. I want to live and breathe Torah.”

For some students, their road to CKD was not an obvious one. For Cherry Hill, New Jersey native Yosef Platt, for example, his upbringing certainly didn’t point to a life of Torah study.

Platt, who grew up Reform, began to delve into Torah as an undergrad at George Washington University.

When he returns to America, he hopes that his love of Hashem will be contagious. “So much is transferable when you lead by example. I hope my relationship with Hashem is admired and duplicated,” he said.

Yaakov Marmor, who made aliya from Miami Beach, also found himself cultivating his own relationship with God at a later age.

A Baal Tshuva who grew up Modern Orthodox, Marmor realized he was praying without intention and simply going through the motions.

“I prayed without any meaning behind it,” he explained. “When I go back [to the US], I want teach my congregants how to put kavana (concentration) into prayer and bring Hashem back into their life. It’s strange, but there are people who pray and don’t have God become a part of that.”

And according to Kelemen, this is a common phenomenon across the diaspora – even in Orthodox circles. He recalls the original genesis of CKD when a group of philanthropists who sit on various synagogue boards, lamented that they couldn’t find rabbis who could prevent their congregants from chatting during prayer services.

What seemed like an obvious need without a solution has finally come to fruition with CKD, which has effectively become a training academy for halachic problem-solvers.

“Our ultimate goal at CKD is that we’re here to make Jewish communities thrive. The whole reason they our students are here is because they want people to have a good life and want to help in any way they can,” he said. “Most people, consider the rabbi as the person they see every Saturday when they show up to shul. But these men? They are here for you.” 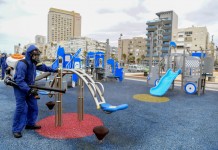 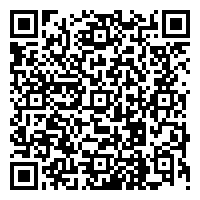