Mrs. Lee Steinberg and Meir Panim are celebrating the 12th anniversary of the Free Restaurant in Tiberias, Israel. This restaurant-style soup kitchen has been lauded for its delicious, nutritious meals served in a dignified manner in an inviting atmosphere. One hundred and sixty meals are served daily and sixty Meals-on-Wheels are packaged and delivered to the homebound. Located in the city center, the Tiberias Free Restaurant serves people who come each and every day to get a nutritious, and for many, their only hot meal of the day.

In addition to fresh, hot daily meals, visitors to the Tiberias Free Restaurant may take home extra portions. Before holidays and Shabbat, the restaurant donates food and packaged meals to the needy.


According to Shmuel Levy, logistics manager for Meir Panim, the demographics of the visitors to the Meir Panim restaurant vary, from the elderly who barely survive on their pension funds to the working poor who struggle to feed their families.

Eighty-five-year-old Ruth called Meir Panim “something special.” Widowed, Ruth said she fell into a serious depression after her husband passed away four years ago. The restaurant not only provides her with a warm meal, but gives her the opportunity to socialize as well. “They take care of us and are kind,” she said. “This institution is doing a huge mitzvah in taking care of us – the people of Israel who have no family or work to sustain us.”

Mrs. Steinberg, who resides in Floral Park, NY, has funded this operation since its inception. While her philanthropy and interest is wide-spread, her connection with Meir Panim is particularly strong. She is also involved with the Israel Nutrition Center in Kiryat Gat, which will further extend the wide range of food and outreach programs of Meir Panim. She is looking forward to the opening of this revolutionary new facility.

Her father’s family (The Baum family of Fort Wayne, Indiana) was staunchly Zionist and recognized, early on, the urgent need for a Jewish homeland. They were instrumental in creating the first girls’ agricultural school in Israel.

“It has been most rewarding to be a part of American Friends of Meir Panim,” says Mrs. Steinberg. “I am watching Meir Panim grow into a nationwide network of centers providing every type of sustenance for those in need, regardless of background or ethnicity.” 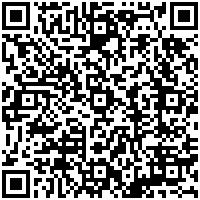