Koren Publishers Jerusalem has launched the first volume of a new English edition of the Talmud with commentary by renowned Talmud scholar Rabbi Adin Steinsaltz. The Koren Talmud Bavlioffers a variety of features never seen before in an English edition of the Talmud: Vilna pages with vowels and punctuation, text presented in individual learning units, a clear, concise English translation, background information on history, the sciences and nature, and color photographs and illustrations for the first time since the Talmud appeared in print nearly 500 years ago.

The Koren Talmud Bavli also has been designed as a state-of-the-art iPad app that will enable people to interact with the Talmud as never before. The Koren Talmud App will include in-sync, side-by-side translation, a text-hide function for single language viewing, text zoom and re-sizing, continuous scrolling, vibrant color images designed for Retina display, and more.


According to Publisher Matthew Miller, the Koren Talmud Bavli achieves a balance between tradition and innovation that no other English edition of the Talmud achieves. “The Koren Talmud Bavli preserves the traditional Vilna page, and enables people to engage deeply in the traditional process of Talmud study at the same time that it embraces contemporary scholarship and technology.”

Rabbi Adin Steinsaltz, who has been on a life-long mission to popularize Talmud study, says, “The Talmud expresses the deepest Jewish spirit. My hope is that the Koren Talmud Bavli will render the Talmud accessible to millions of Jews, allowing them to study it, approach it, and perhaps even become one with it.” 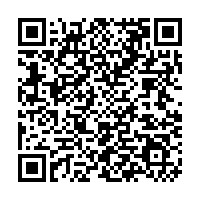