According to Al Ahram, Egyptian journalist Adel Al-Gogari, 56, died on Wednesday night while discussing the crisis in Syria during a live televised broadcast on Iraqi Al-Hadath private channel in Media Production City, Cairo.


Al-Gogari, a Nasserist, also accused the FSA of being funded by Israel during the show.

Al Ahram reports that Al-Gogari was pronounced dead on arrival at the hospital.

The late journalist’s family announced on Facebook that they will receive condolences on Friday in his birthplace Abu-Suweir city in the canal governorate of Ismailia.

Al-Gogari recently appeared on Al-Jazeera Arabic’s controversial program “The Opposite Direction”, where he zealously defended the Syrian regime, claiming that what is happening in the war-torn country is “an international conspiracy” against Al-Assad. 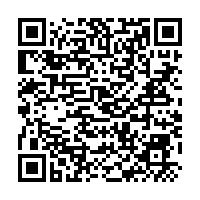