The once-every-five-year election for the 2020 World Zionist Congress began on Jan. 21.

Ever since, the ZOA Coalition has been inundated with questions about what our slate stands for, how people can vote for us and why this election for the World Zionist Congress—the parliament of the Jewish people—is so important.


The ZOA Coalition slate (Slate No. 11) is a remarkable, altruistic coalition of 27 strongest pro-Israel groups, dedicated to the safety and well-being of the entire Jewish people.

The ZOA was the only American group at the very first World Zionist Congress in Basel, Switzerland, in 1897, helping to lay the foundation for the re-establishment of the Jewish state. In 1919, the ZOA, along with the World Zionist Organization and Russian Zionists, were the three international Jewish groups that presented the Jewish people’s proposals at the Paris Peace Conference, which led to the creation of the mandate guaranteeing the Jewish people’s international legal right to settle and reconstitute the Jewish homeland in Israel.

In 2015-16, ZOA Coalition initiated and led the difficult, successful two-year battle to pass an anti-BDS resolution that encompassed stopping boycotts against Jews living in Jerusalem, and in Judea and Samaria.

Today, the ZOA Coalition continues to lead the battle in this regard. At the most recent (2019) World Zionist Congress, every single pro-Israel and pro-Jewish resolution was initiated by the ZOA Coalition.

In keeping with the coalition’s overarching concern for the safety of every Jew, it initiated and obtained passage of a resolution giving highest funding priority to rescuing and bringing to Israel Jews who are endangered by global anti-Semitism.

Another overarching goal of ours is to spread the truth about the Jewish people’s rights to the Land of Israel.

Thus, the ZOA Coalition initiated and obtained passage of a resolution to establish a worldwide WZO program to teach about the 1920 San Remo Resolution, one of the key international agreements that guarantees the Jewish people’s legal right to settle and re-establish the Jewish homeland.

In the same vein, the coalition initiated and obtained passage of resolutions calling on Israel’s government to exercise its rightful sovereignty over the Jordan Valley, and condemning UNESCO for denying the Jewish people’s connection to Jewish sites in Jerusalem and Hebron.

Names and language are exceedingly important in the battles for hearts and minds. Thus, the coalition initiated and obtained passage of the resolution requiring the use of the proper names “Judea and Samaria,” instead of the de-Judaized name “West Bank.” We make it clear that Judea-Samaria is historic, lawful Jewish land, not “occupied Palestinian territory.”

We’re also continuing our battle against anti-Israel boycotts. At the 2019 Congress, ZOA Coalition initiated and obtained passage of a resolution establishing a program to encourage buying Israeli products via a positive “Buy-cott”—an antidote to boycotts.

And we’re continuing to lead battles against anti-Semitism.

ZOA (Morton Klein) and ZOA Coalition member American Against Antisemitism (Dov Hikind) led the September 2019 protest in front of New York’s City Hall, demanding real protection for Jews in Brooklyn and throughout the New York area who were increasingly being attacked. ZOA Coalition asked other slates to join us, and we were shocked when they declined to do so, saying, “That’s not our mission.”

We believe that it’s every organization’s mission to combat anti-Semitism!

ZOA Coalition has often had to stand alone when battling for the Jewish people.

For instance, in June 2019, at a board meeting of the American Zionist Movement-AZM (AZM is the World Zionist Organization’s American branch), when we voted on AZM’s anti-Semitism policy, ZOA Coalition was the only slate that voted to retain a clause saying that anti-Semitism is “manifested in activities such as anti-Zionism.” Every other slate present voted to remove this important clause.”

Unfortunately, a large part of our work involves trying to stop anti-Israel initiatives at the World Zionist Congress. For instance, last year we managed to defeat a resolution that labeled Israeli society as full of “institutional racism.” The resolution reminded us of the horrible 1975 United Nations “Zionism is racism” resolution, which Israel and its friends worked to reverse for 16 years.

Shockingly, we were only able to defeat last year’s WZC “racism” resolution by one delegate vote! That was frightening. We cannot let the World Zionist Congress turn into a United Nations-like demonizer of Israel.

The closeness of that vote vividly demonstrates why the ZOA Coalition needs to obtain more votes this year.

And it looks like we’re going to face major battles to defeat dangerous resolutions in the upcoming World Zionist Congress. J Street, which is a leading member of a left-leaning slate, has openly proclaimed that it is running to “divert” $5 billion of Israeli national institutional funds “away from the entrenchment of the occupation.” Translation: It wants to cut off funds from Jewish institutions (even including kindergartens) and from the Jewish people living in Jerusalem, and Judea and Samaria. In our book, that’s discriminatory and a form of anti-Jewish boycott.

We need your vote to win these battles, so that no Jew is cut off from earning a livelihood, simply because he or she lives in the historic lawful Jewish homeland.

Unfortunately, we had a particularly heartbreaking loss last year. Left-leaning and even some centrist slates blocked consideration of the ZOA Coalition’s proposal for an emergency aliyah program for French Jewry, despite the anti-Semitic attacks on Jews in France.

This, too, demonstrated why ZOA Coalition needs to “win big” in the World Zionist Congress this year. We cannot abandon our besieged Jewish brothers and sisters in any part of the world.

The other best advertisement for our slate is the great partner organizations that joined together to form the ZOA Coalition slate.

There’s so much more that the ZOA Coalition needs to do. You have an important voice in this election. We need your vote. It only costs $5 or $7.50, and takes a few minutes.

Please vote for the ZOA Coalition (slate No. 11). 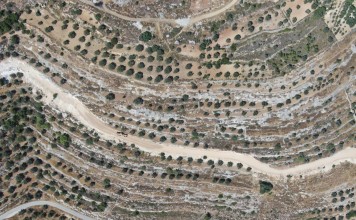 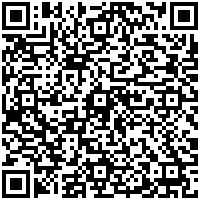