As has just about come to be expected by frustrated residents of southern Israel, the nightly rocket attack from Gaza arrived Sunday evening right on schedule despite the cold and rainy weather.

The Red Alert incoming rocket siren warned Israelis living in the Shaar HaNegev Regional Council district towns of Sderot, Nir Am and Yivim to race for cover, with less than 15 seconds to spare before the expected impact of whatever projectile might have been headed their way.

One launch from Gaza was identified by Israeli military personnel who confirmed it did indeed head towards Israeli territory.

According to Shaar HaNegev Regional Council spokesperson Adi Meiri, however, it seemed likely the rocket exploded in an open area.

“There was no damage to property and no physical injuries were reported,” the spokesperson said.

Gazans already know it is now their turn to take cover: Israeli Defense Force hardware will be out within an hour or two in order to respond with “proportionate” force — meaning the IDF will wait long enough to make sure everyone has evacuated their places so no one will get hurt, and then target one or two Hamas positions, probably empty observation posts.

Such structures are easily rebuilt.

One cannot say the same for the mental health of the hundreds of children and their parents who lose their sleep and whose lives are disrupted from the constant wail of the Red Alert sirens and the desperate race for safety, sometimes yanked from a sound sleep, into the cold, nearly every night.

Who will rebuild those lives? 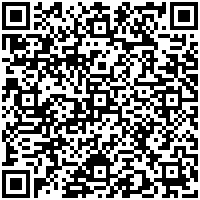