If a European country released murderers of Jews, it would be widely condemned as capitulation to terrorism with anti-Semitic implications. When the Israeli government does so, however, it’s a “gesture.”

Yet again the government plans to free numerous terrorists, and Israel’s alienation increases from the justice central to Judaism. Let these bereaved voices in the context of terrorist releases be heard:


One such murderer has recently been appointed to an oversight role at the Cave of the Patriarchs. But what’s this desecration of one of our holiest sites compared with big high-tech deals in the start-up nation?

In addition to trampling on justice and national self-respect, freeing murderers displays monstrous coarseness toward bereaved families. Rabbi Samson Raphael Hirsch zt”l conversely writes in Horeb about the role of compassion in Jewish life, “It is the warning voice of duty, which points out to you your brother in every sufferer…[S]ee in it the admonition of God that you are to have no joy so long as a brother suffers by your side.”

Psalm 12 describes a society where people speak falsehoods with smooth talk and insincere hearts. Commenting on these verses, Rabbi Hirsch refers to “the most indispensable instrument in all human relationships—namely the sacredness of the human word.” How healthy does Israel look by that measure? Just hear the voices of people like Sherri Mandell and Frimet Roth. 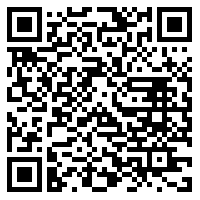