Back on July 9, I reported on a vicious new mini-series airing in the Muslim world that dramatizes and glorifies Muhammad’s annihilation of an entire tribe, the Jews at the Khaiber (or Khaybar) oasis in Arabia. Many Atlas readers are familiar with the Muslim death chant that we hear at mass anti-Jewish rallies, anti-Israel demos, on the jihad flotilla, etc.: “Khaybar Khaybar ya yahud, Jaish Muhammad sa ya’ud.” This means “Khaybar, Khaybar, O Jews, the army of Mohammed is returning.” This death chant refers to the mass slaughter at Khaybar of Jews by Muhammad and his soldiers of allah, and says that it is going to happen again. And remember, in Islam, Muhammad is the supreme example to be imitated by Muslims.

I called  and spoke with Carmel Jackson, Executive Resolution Center. DISH told me to take my complaint to the Dubai network. I said Dubia can do what they want. It is you who is bringing this genocidal propganda to the American people. It is you who are responsible. And Ms. Jackson gave me a disconnected number in the event that I wanted to reach her. (303 942 8675)They trade on the NASDAQ:DISH $45.73. Sell the stock. Urge family members to do so. And keep trying — here is my online session with them:Please wait for a site operator to respond.

You are now chatting with ‘Ryan’

Ryan: Welcome to USDish.com.  I am here to help you set up new services and answer any questions you might have.

Ryan: What brings you to chat today?

Pamela: Hey Ryan, how can I complain about deeply offensive programming. Programming that incites genocide. Is there a form or a number?

Pamela: How is it reported?

Ryan: You’ll probably want to speak to the actual station itself…

Pamela: But DISH is carrying that station — the station is in Dubai –DISH is bringing it to the American people – to whom do I address my concerns at DISH

Pamela: Thank you. And is there an online form?

Ryan: I don’t know, you have reached a retailer, Pamela, not Dish directly. It’s not my job, nor Dish’s, to censor stations.

Ryan: Have a good day.

During the month of Ramadan, Arab television channels customarily air drama and comedy television specials after the breaking of the fast every evening. A drama series airing this Ramadan is titled “Khaybar,” which is the name of the Jewish community in the Arabian Peninsula conquered by the Prophet Muhammad in 628 CE. The series depicts the producers’ view of relations between Muslims and the Arab tribes of Medina, as well as with the Jews of Medina and Khaybar, leading up to the Jews’ expulsion from the latter.

According to Muslim tradition, in 628 CE, Muhammad expelled the two Jewish tribes of Medina – Banu Qaynuqa and Banu Nadir – from the city. Another Jewish tribe, Banu Qurayza, was completely destroyed – all its men were executed and the women, children, and property were distributed as booty among the Muslims. Muhammad also defeated the Jews of Khaybar (including the Jews of Banu Nadir, who settled there after their expulsion from Medina), but allowed them to stay there and continue working their lands on the condition that they give half of their crop yields to the Muslims of Medina. During the time of the second Muslim Caliph, ‘Omar ibn Al-Khattab, the Jews were expelled from Khaybar and their lands were divided among the Muslims. 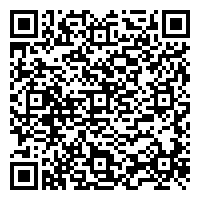