To those of us who went into the Shabbat secure in the knowledge that the Arabs have once again saved the day and the peace process negotiations are off—Saturday night held some unpleasant news. First, of course, was the very idea that the talks are on again, seemingly in response to direct, heavy, two-punch pressure from both Secretary of State John Kerry and President Barack Obama.

Second is the fact that Israel is giving in on the release of Palestinian prisoners with Jewish blood on their hands. “There will be some release of prisoners,” said Minister of Strategic Affairs Yuval Steinitz. “I don’t want to give numbers but there will be heavyweight prisoners who have been in jail for tens of years.”


Of course, the reason they’ve been in jail all those years is not because they drove with a broken tail light. It’s because they murdered Jews. Many Jews. Lots and lots of Jewish victims, whose families will now, for the second time in a row under this prime minister, watch the killers go free.

The first time, of course, when more than a thousand Arab murderers were released in exchange for one captured Israeli soldier.

The Palestinians will also give up something: they agreed to postpone their applications to participate in international organizations based on the observer-state status the PLO had won at the United Nations General Assembly last fall.

Just minutes before boarding a plane to fly home, Kerry told reporters that both sides had reached “an agreement that establishes a basis for resuming direct final status negotiations.”

According to the NY Times, the way Kerry got the two sides to agree—Netanyahu to give and Chairman Abbas to take—was by stating that it was Washington that believed peace should be based on an Israeli return to the 67 border, and that Israel is a Jewish state. This way, publicly, both sides still look sufficiently rejectionist, and yet are both able to sit down and talk.

This kind of betrayal has been practiced by every single right wing government since the day the late Yitzhak Shamir capitulated to a combined American (Bush 1) and European pressure and sent a delegation to the 1991 Madrid Conference. For Prime Minister Netanyahu this is the third time in so many terms: in 1997, after running on an anti-Oslo Agreement platform, Netanyahu handed Hebron and other critical areas to the Palestinians; in 2009, having run on a post-Gush Katif agenda, Netanyahu declared a 10-months settlement freeze; and now, having been elected again as a friend of the settlements—Netanyahu is once again capitulating to the left-wing line.

Is the Israeli right-wing voter suffering from a battered wife syndrome? Why do we keep coming back for more? Is there no Likud leader out there capable of holding on to the supposed Likud values once they get the voter’s nod?

Deputy Defense Minister Danny Danon has been telling anyone who would listen that he objects to all of the above: no to releasing prisoners before the conclusion of the negotiations, meaning as part of the prize the Palestinians will earn after signing the peace agreement—and not as a “confidence building” measure.

Danon is against a Palestinian state in Judea and Samaria, because it would endanger the very existence of Israel. He pointed out, in an appearance on Reshet Bet, that Netanyahu has committed to a national referendum on the peace treaty with the PA.

MK Tzahchi Hanegbi, a recent returnee from an 8-year stint with the now defunct Kadima party (certain political animals just don’t go down with the drowning ship) announced that only “older prisoners” would be let go in the initial good will gesture. Of course, the reason they’re in jail is that they’ve kept a whole lot of Jews from growing old, but that’s just too complicated.

Another survivor of the Kadima fiasco, Justice Minister Tzipi Livni, also has the special negotiations portfolio in the Netanyahu government. She will be in Washington in a couple of weeks, to personally run the first round of renewed talks. If I were living beyond the green line I’d be doing heavy davening right about now. Unlike Netanyahu and Hanegbi, Tzipi doesn’t event pretend to be a friend of the settlements.

Play a Joke on Your Friends, Get Even with your Enemies

Deputy Defense Minister: Anyone Signing Interim Deal Is Out of Likud 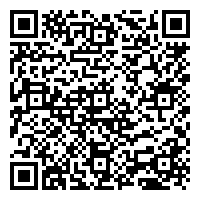