The most humanitarian thing in life is to defend the innocent and perform justice.

Several Knesset members from different parties have joined to submit a bill that would restrict the president’s power to pardon terrorists except on humanitarian grounds. This bill comes amidst talk of Prime Minister Netanyahu planning to release yet more terrorists as a “good will gesture” to Mahmoud Abbas.


I first wrote about terrorist releases in 2005 by Ariel Sharon; then Ehud Olmert and Netanyahu did likewise and beyond. The current Knesset bill is a move in the right direction, but the allowance for humanitarian release undermines the very justice it intends to advance. The proof for this goes back nearly forty years to a former Greek Catholic archbishop of Jerusalem named Hilarion Capucci.

I recently read about Capucci in volume three of Rabbi Meir Kahane’s collected articles, which contains accounts of the time he suffered in Ramle’s maximum-security prison during 1980. (He later recounted, “I sat in Ramle prison for approximately eight months, tasting the justice of Israeli ‘democracy,’ first hand.”) Capucci was in the same prison after being arrested in 1974 for smuggling weapons to the PLO through his clerical resources. Capucci’s Mercedes Benz alone contained hand grenades, rifles, and over two hundred pounds of explosives. Some of these weapons were implicated in the murder of a cab driver in Jerusalem.

Sentenced to a mere twelve years, the Vatican then sought Capucci’s release. The Washington Post reported on November 4, 1977:

“Demands for Capucci’s release have turned up regularly in the lists submitted by airplane hijackers, including the Entebbe hijackers, but where the threats have failed, a personal letter from Pope Paul has apparently succeeded…The appeal is being made on humanitarian grounds [emphasis added].”

By November 7, Capucci was free.

As a condition of his release, the Vatican promised that Capucci would cease political activity. Paul C. Merkley, professor emeritus in history at Carleton University in Canada, explains what happened next:

“In plain words: the Holy See did not keep its word in this matter. Capucci became more visible than ever, on a wider stage…’Jesus Christ,’ Capucci has said, ‘was the first fedayeen. I am just following his example.’ In January 1979 he attended meetings of the PLO National Council in Damascus and thereafter served as the Vatican’s contact with the PLO’s ‘foreign minister,’ Farouk Kaddoumi.”

And lo and behold, in 2010 Capucci was part of the “Gaza Freedom Flotilla” where armed “peace activists” on the Mavi Marmara attempted to murder Israeli commandos. Naturally, the prime minister has apologized for the commandos’ self-defense and will pay money into a “humanitarian fund” for relatives of the dead aggressors.

Hilarion Capucci should have been dead decades ago, or at the very least in prison today. Instead, in a perversion of humanitarianism which said to the world that Jewish blood is cheap, this accessory to murder enjoys freedom and continues to make war against against Israel. That perversion persists in the early release Shimon Peres gave in April to a hunger-striking terrorist.

“Justice is the foundation of society,” Rabbi Samson Raphael Hirsch zt”l notes in his commentary to Pirkei Avot 5:13. This is why the well-intentioned bill by those Knesset members must be revised. No more pseudo-humanitarian loopholes that trample on justice. No more Capuccis. 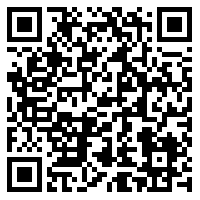