Turkish Prime Minister Recep Tayyip Erdoğan on Saturday addressed the agreement on the renewal of his country’s diplomatic relations with Israel, complete with reinstating each country’s ambassadors. Erdogan said that Prime Minister Benjamin Netanyahu’s apology was “the way we wanted it.”

The rapprochement between the two leaders had been organized by visiting U.S. President Barack Obama, minutes before he departed to meet with Jordan’s King Abdullah.


Obama insisted that Netanyahu end the feud with Erdoğan, particularly in light of the deteriorating situation in Syria. Both countries stand to benefit from cooperation in the political, military and intelligence aspects of the Syrian civil war, a cooperation that had been severed following the Gaza flotilla affair.

The wording of Netanyahu’s apology was a tad elusive, and different from the original Turkish demand for an apology for the killing of its citizens. Instead, the wording the two sides finally agreed to include “an apology to the Turkish people for a mistake that could lead to loss of human life.”

The alteration was based on the Israeli investigation of the incident, which indicated a number of operational errors during the takeover of the Turkish boat Mavi Marmara.

During the conversation, Netanyahu clarified that the tragic consequences of the flotilla were not intentional. He expressed regret in the name of the State of Israel over the loss of human life. The two leaders also agreed that Israel will transfer reparations to a humanitarian fund established specifically for the families of the victims, instead of paying reparations directly to the families, as the Turks originally demanded.

Erdogan, who took back some of the things said against Zionism, agreed to stop the existing legal proceedings against IDF soldiers, including any proceedings which were to be opened in the future.

The Turkish prime minister rescinded his unequivocal demand to remove Israel’s blockade on Gaza. At the same time, Netanyahu noted during the conversation the easing of the closure which has already taken place. The two leaders agreed to continue working together to improve the humanitarian situation in Gaza.

Former (and future) Foreign Minister Avigdor Liberman, who currently heads the Knesset Foreign Affairs and Defense Committee, criticized the apology, calling it “a serious error that affects the motivation of IDF soldiers.”

Except, that, considering the fact that IDF soldiers were lowered from a chopper onto the Mavi Marmara’s deck to be beaten mercilessly like Jewish pinatas, just knowing that stupid, callused decisions like that won’t be made again could go a long way to improve IDF morale.

Knowing that Ehud Barack, the architect of that victory, is no longer at the helm at the Defense Ministry, is also a big relief.

Indeed, the new Minister of Defense Moshe “Bogie” Yaalon was very much in favor of restoring relations with the Turks, even at the cost of his boss eating a few slices of humble pie. 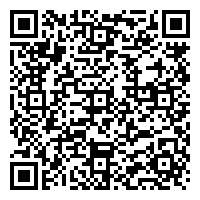