When one thinks of Modern Orthodoxy, Rav Joseph B. Soloveitchik zt”l soon comes to mind for his leadership thereof. In our time, however, Modern Orthodoxy has become a vague term with problematic tendencies. As Rabbi Steven Pruzansky–who has numerous shiurim on Yeshiva University’s Torah website–recently wrote, “Too often, one finds in the Modern Orthodox world grievances of one sort or another against this or that aspect of Torah, as if Jews get to sit in judgment of God and His Torah.”

No issue might better crystallize the dissonance between Rav Soloveitchik’s Modern Orthodoxy and today’s than abortion. Let us consider the great man’s views.

During a shiur on Parashat Bo in 1975, Rav Soloveitchik stated that “to me it is something vulgar, this clamor of the liberals that abortion be permitted,” adding:

“I consider the society of today as insane…I read from the press that in Eretz Yisrael they permit abortions now! Sapir [probably Pinchas Sapir] comes to the US and asks that 60,000 boys and girls should leave the US and settle in Eretz Yisrael. When a child is born, it’s also immigration to Eretz Yisrael, and yet you murder the children.”

“And if you kill the fetus, a time will come when even infants will be killed…The mother will get frightened after the baby will be born…and the doctor will say her life depends upon the murder of the baby. And you have a word, mental hygiene, whatever you want you can subsume under mental hygiene…And there is now a tendency for rabbis in the US to march along with society, otherwise they’ll be looked upon as reactionaries.”

Similar remarks appear in Reflections of the Rav:

“If the dominant principle governing the logos [“thinking capacity”] is that abortion is morally permissible because only a mother has a right to decide whether she wishes to be a mother, then infants may similarly have their lives terminated after birth. What if the child interferes with the promising brilliant career of the mother?”

These words might be jarring for those who view Rav Soloveitchik as the mild-mannered author of philosophically oriented books like The Lonely Man of Faith. Equally if not more jarring might be Rav Soloveitchik’s statements on sexual morality, which I discussed a few months ago.

“Even if we were to accept that indeed it is the woman’s own body, we totally reject the conception that she then can do with it as she pleases. This is a completely anti-halakhic perception [emphasis added]. It rests on a secular assumption that, as it were, ‘My Nile is my own; I made it for myself’ (Yechezkel 29:3), as if we are the source of our own existence and therefore the masters of our own being. This is assuredly not the case.”

Rav Lichtenstein summarizes the worldview of that anti-halakhic perception as follows:

“The essence of modern secular culture is the notion of human sovereignty; individual man is master over himself, and collective man is master over his collective… From a religious point of view, of course, eilu va-eilu divrei avoda zara—both approaches are idolatrous. Here one establishes individual man as an idol, and the one idolizes, in humanistic terms, humanity as a whole. The basis of any religious perception of human existence is the sense that man is not a master: neither a master over the world around him, nor a master over himself.” 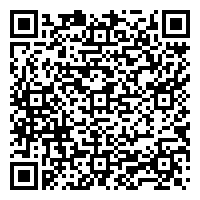