Loud explosions pouring black smoke into the skies of Nairobi Monday afternoon signaled a hoped for conclusion of the bloody military-style terrorist attack on the partly-Israeli owned Westgate Mall in Nairobi, where the death toll is feared to rise to nearly 70 or more.

Authorities, who promised on Sunday that the three-day siege would end by nightfall, said they are in the final stages of killing or arresting all of the terrorists after having “smoked them out” with an assault at dawn.


Security forces said that they have taken control of the entire mall, but gunfights and explosions continued after the announcement. Despite claims that no hostages remain, it is feared that several still remain trapped by the terrorists.

Nearly 200 people already have been counted as wounded, and 62 have been confirmed as murdered, including the wife of a U.S. AID worker.

Kenyan President Uhuru Kenyatta, whose nephew and his fiancé were among the victims, maintained a policy that Israel introduced to the world in the Entebbe raid and then abandoned in recent years – no negotiations with terrorists. “We will not negotiate with terrorists,” said Colonel Cyrus Oguna, a Kenyan military spokesman.

Al Shabaab has been airing propaganda, claiming that its terrorists on Monday repulsed “Israelis and Kenyan forces” that tried to enter the mall. Kenyan officials said clashes erupted inside the building early Monday morning, when approximately a dozen terrorists or believed to be holed up in a supermarket.

Sheikh Ali Mohamud Rage said in an online audio statement, “The mujahedeen will kill the hostages if the enemies use force.”

Among the dead are the wife a foreign worker for the U.S. Agency for International Development in Nairobi, a dentist, a widely-known Ghanan professor and poet, a British-Australian architect and his pregnant girlfriend, a Canadian diplomat who was a liaison officer with the Canada Border Services Agency, an 8-year-old child from India, two French women, a woman form China who worked in real estate, and a retired UNICEF worker from Peru. 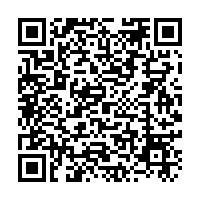