Well, he’s not really old, but the story is new.

We’ll start with the current-David, my son, is in basic training. It is an intense period of training intended to train the mind and the body of the new soldier. The army is well aware of what it gets – thousands of teenage boys, immensely loved at home, perhaps, in many cases, even spoiled a bit. For the most part, they have never had to fight for their lives, never been at personal risk. This is Israel, so perhaps there are a far number who have come close to violence but nothing on the scale of war.

David’s yeshiva was attacked by Arabs throwing rocks, even fireworks. One boy was injured by a rock to the head. But still, whatever scale they come in with, it is nothing as it could be before they finish their service and so they are trained. Gradually and completely. They learn to run…and run more. Together, faster, longer, farther.

They build their bodies, scale walls. They are exposed to cold, to limited food, to no sleep. All this under the careful watch of their commanding officers and away from the eyes of their parents. They come home and tell us some…

In David’s case, he is sharing it all with Elie. For hours, they will talk. Elie had no one to speak with, no older brother or father who had been in the army. So Elie often spoke to me about what was happening. Shmulik less so; Davidi even less. A friend told me her son, in a similar unit to David, was undergoing survival training this week and she was worried. The commanders were promising they would break the soldiers…and so I wrote to David to ask him if he had it next week. “We had it last week,” he wrote back, “it wasn’t so bad.” I quickly wrote that to my friend, hoping to reassure her.

Then I began to wonder if David had told Elie – he had. When I mentioned it, Elie right away told me that it was last week…too bad I didn’t think to ask him first!

And then, “did I tell you what happened on my week?” I wasn’t sure…and so he told me a story I had never heard.

Elie and another soldier were chosen for guard duty. The units go into the desert, set up a base. If it is very cold, they get sleeping bags and tents; if it is cold, they’ll maybe get blankets but no tents. Each soldier is teamed with another to do a stretch of guard duty. That night it was Elie.

In the middle of the night, the second in command came to Elie and the other soldier. Motioned them to be quiet and to follow him. They went off, away from camp, got in the unit jeep and drove off. Elie was wondering what was happening – his unit had been left behind in the desert, unprotected. They drove a few minutes and then the jeep climbed up onto a hill overlooking the camp in the distance. Leaving the jeep running, the soldiers went to sit on the hood of the jeep where it was warm and the second in command called to the unit’s commanding officer, “ready.”

They left the microphone open and so Elie, the second soldier and the second in command could hear as the commanding officer ran into the camp, screaming for the unit to get up, asking them who was guarding the base? The soldiers looked around but didn’t know. “Where are your guards? Who was on duty now? What happened to them?”

The boys couldn’t figure out who was missing. The commanding officer helped get them organized. “Were they kidnapped? Did someone get on base?”

They all went searching, first the base, then all around – all while Elie and the others were watching from a hill above them. Then they widened the search, began searching up a hill…only it was the wrong hill. The second in command called to his commanding officer and said, “you’re on the wrong hill.”

Eventually, the soldiers understood that it was an exercise; that no one was missing. After telling the story, Elie said, “I’m glad I was on guard duty that night.”

Week by week, David comes home. His body looks leaner, stronger, taller, older. More and more, he is looking like Elie. They were both born with blue eyes but there were many differences in how they appear…now, less and less.

Davidi learned right away that he had to learn to follow the rules of the army and his commanding officer. The last time he was home, he started to speak of where they might be stationed after basic training. Each place was worse than the next. I turned away, but not before Aliza saw that I was upset. Davidi didn’t notice.

At this age, they look forward – training and a ceremony celebrating the end of the first rotation. More training and another ceremony…week by week, they move them forward. For now, I have relative peace and little worry. They are learning what they need to know, preparation for a time in the future that I cannot think about…and so I try to focus, like David, on now.

He won’t be home this weekend… 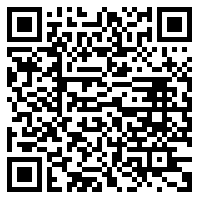