Jews in New York City had to walk to prayers Saturday night in the second biggest blizzard ever to hit the city.

In Crown Heights, Brooklyn, the Jewish Haztolah emergency team was able to keep one Jew from becoming a New York City statistic. There were three deaths directly related to snow-shoveling: one on Staten Island and two in Queens, New York City Mayor Bill de Blasio told reporters at a briefing late Saturday.

At around 7:45 pm Saturday night, the 51-year-old man was clearing the snow from his car when he stopped breathing and went into cardiac arrest – but a bystander called Hatzolah.

Divine Providence intervened — and a Hatzolah volunteer happened to be standing only 50 feet away, also clearing his vehicle. He grabbed his equipment and raced over, calling for backup as he flew. Within seconds an ambulance arrived with paramedics and they whisked the man away – pulse restored – to a nearby hospital.

An emergency travel ban was imposed on New York City 6,000 miles of roads but is set to be lifted by 7 am ET.

More than two feet of snow fell on New York – and nearly everywhere else on the Eastern Seaboard of the United States over the weekend.

The travel ban on New York City streets imposed by New York Governor Andrew Cuomo also applied to Nassau and Suffolk counties and took effect Saturday at 2:30 pm Saturday afternoon, prohibiting all but emergency vehicles from being on the road. “When the snowfall reaches a certain rate, the plows cannot keep up,” Cuomo told journalists.

New Jersey Governor Chris Christie said he was coordinating decisions with Cuomo. “We are making decisions regarding the roadways in the northern part of the state that lead into New York in conjunction with the governor,” Christie said.

By 4 pm Saturday, all outdoor subways in New York City had shut down due to the storm. Underground subway operations were to continue “as long as feasible,” De Blasio told reporters. Three hundred vehicles in New York City had been towed and there were 270 motor vehicle crashes in the city by midnight Saturday.

All the public libraries, zoos and major museums in New York City closed by 3 pm or earlier. Broadway shows were canceled. A Bruce Springsteen concert set for Sunday at Madison Square Garden was postponed. 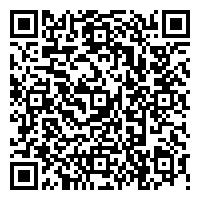