A compromise is emerging in the crisis over two buildings in Hebron whose legal owners entered them on Thursday only to be removed on Friday by IDF and police forces. According to settlers who spoke to Israel Radio, the defense ministry will allow habitation of one of the buildings in the near future after the vetting of purchase and ownership is complete.

Apparently, one of the conditions posed by the security apparatus has been to change the main entrances to the buildings so they would face the Jewish Avraham Avinu neighborhood, rather than the Arab neighborhood across the street. The fate of the second building will be discussed at a later date.

However, a senior defense ministry official told Israel Radio that the process of letting the Jewish owners back into their buildings is being conducted “in keeping with the law,” and there’s no talk of compromise at this point. Only after the purchase deal is examined and all the security and political ramifications are checked, and only if the buyers pass all those tests, would they be allowed back in.

A source in Hebron confirmed Sunday morning that there has been no discussion between the defense ministry and the settlers, and that the news about allowing the latter to move into one building is merely a PT ploy to take the pressure off Ya’alon.

If populated by Jews, the two buildings would constitute an expansion of the Jewish part of Hebron by a few square yards, which would surely cause global condemnation.

On Friday, many in the Bayit Yehudi party condemned Defense Minister Moshe Ya’alon’s decision to evict the 20 families from the two Hebron buildings, and some party MKs, along with a few Likud MKs, even threatened walking out of the coalition. With a 61 to 59 tenuous majority, such a move could mean the end of this Netanyahu government. It also turned out that the families who bought the buildings were Likud members, which obviously made things a bit inconvenient for Ya’alon, who views himself as the sure candidate to replace Netanyahu when the latter retires. Netanyahu eventually threw his unqualified support behind his defense minister’s decision.

Ya’alon’s political adviser Itzhak Ashkenazi on Friday night tweeted that the presence of the Bayit Yehudi party in government is “harmful”, and the prime minister should think of a “brand new path” regarding the partnership. The reference was an unmistakable dig at Bayit Yehdi chairman Naftali Bennett, who last week accused Ya’alon of frozen, conventional thinking incapable of considering new paths. 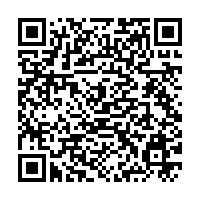