For many in Israel, it has been a week of vacation, celebrating a holiday that starts off with a lot of work and then melts down to good food, good rest, good times with family. But interwoven in the good of the last week, there have been underlying elements of darkness that make me nervous.

I’ve been watching the situation in North Korea and Syria. It takes so little to start a war, and so much to stop one and the people who suffer most are rarely those who press the Start button.


It’s part politics. He’s in the Opposition, which loves gloom and doom, but he’s also a former Commander of the Southern Command, and Yoav Gallant, now the Minister of Construction, is predicting war this summer with Hamas. It makes sense. In the last 10 years, we have had three wars with them. One war (Cast Lead) and then four years later another (Pillar of Defense) and then two years later the third (Protective Edge). This is the third summer; war is statistically a real possibility. I can’t even begin to write what I think of another war. I keep saying I can’t do it again; I can’t…and yet, of course, we all have no choice. We aren’t the ones setting the stage and when rockets are fired into your land, at your cities, at your children, what other options are there?

It’s part inevitable. Israel is a land touched by four seas. The Mediterranean, the Sea of Galilee, the Dead Sea and the Red Sea. We love the water, the freedom of the waves and the wind. Aliza went camping for two nights with her friends near the Sea of Galilee and on another day, she went to a local natural spring with friends. While she was up north, the winds kicked up and 80 people needed to be rescued…and three went missing. They found the bodies of two of them deep in the mud and muck at the bottom of the sea after several days of searching. Watching the agony of the parents as they waited for news touched all of us.

In particular, one father, sitting on the shore looking out at the water, begging Israel to do all it could to find his son, “he’s in the water,” a broken man cried, only to learn hours later that they had found his son’s body. All of Israel broke a little when we heard the father speak, and we broke a little more when we heard his son’s body had been found beneath the sea.

And finally, if all that wasn’t depressing enough, there are now documents surfacing that prove what many of us have known or at least suspected for many years. Without question, the powers that be knew…they KNEW…in 1942 that 2 million Jews had already been murdered and that Hitler was quite simply conducting a “massacre of Jews”.

My heart hurts when reading this. The world knew that 2 million were murdered, and morally complacent while more than 4 million more were slaughtered with their knowledge, by their silence.

There are days when the sun shines, when the flowers are blossoming in my windows and I just wish it would be dark and dismal. Funerals today for the two bodies found; searchers out in the water looking for the third body while a family waits for the worst possible news…and perhaps war on the horizon.

I’m holding the fun we had on the holiday in my heart as a pressure reminder that all we can ever really do is live, choose the best path possible and live. 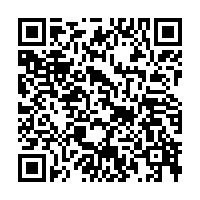