My Israel is a dream that started when I was 13, but only came true when I was 33.


My Israel is an island, a safe haven, a beacon that shines through the choppy waters that surrounds her.

My Israel is a message broadcast from heart to heart and brain to brain – to every Jew around the world. This is home. If you are in danger, if you live in fear, if others will not let you be who you are – come home.
My Israel is the woman who handed me a shawl and warm tea at 4:30 in the morning at the Kotel (Western Wall in Jerusalem), as I waited for the very first minyan of the day to start the morning prayers, and my Israel are the birds that took off exactly at dawn and started circling above the heads of the people praying as the new day was born. By the third time I experienced this, I understood it was part of the wonder of the time, the place.

My Israel is a land that calls its sons to serve, calls on its mothers to be brave enough to stand by when those sons are called to war. It is a land where people run bravely into danger more often than they run from it.

My Israel is a home for a people who have wandered but always faced to Jerusalem when they prayed, no matter where they were. It is a land that welcomes all religions – the only land in the region where Christians and Jews can safely worship.

My Israel is the Bedouin who cleans our streets; the Arab doctor who helped me this summer; the Russian nurse who took care of my father recently; the French neighbors who live across the street; the Yemenite man who lives next door; the Moroccan who lives just past the next neighbor; the American family after that, the Iranian from whom I love to buy shoes.

My Israel is a land that has so many problems – but none so bad that when others face tragedy, our doctors, nurses, rescue teams and aid workers hesitate to scramble and fly across the world – to Haiti, to Kenya, to Missouri, to Indonesia…

My Israel is a land of miracles. Every. Single. Day.

My Israel is a promise my husband made to me more than thirty years ago, a promise I made to my children twenty-three years ago. He agreed to come to the land and make it his home and now when I ask him if he wants to travel, he tells me there is no reason and so most often, we vacation somewhere close by.

My Israel is where no matter how left or right we are, we meet in the center without hesitation when tragedy or need presents itself.

My Israel is a land so beautiful it brings tears to my eyes and joy to my heart – from the northern mountains to the southern desert; from the river to the sea; from a bustling city like Tel Aviv, to a hauntingly ancient and yet modern one like Jerusalem, from the heights of the Hermon to the depths of the shores beside the Dead Sea.

My Israel is a gift…one given to me and one I gave to my children.
My Israel is a promise that tomorrow will come and we will still be here. A land that defies time and logic.

My Israel is a land where an ancient language that had never died, was still reborn.

My Israel is the look of the man on the train who heard my son’s first responder beeper go off. “What happened?” And as I listen, we can hear the beeper announce that there’s been a shooting attack. So the man and I watch as my son tries try to identify what happened and where.

My Israel is the hugs a friend gives me when I tell her that I missed my soldier son’s call by one minute and it made me cry.

My Israel is a request for a ride somewhere that is answered by four people within two minutes.

My Israel is a bride in mourning after her father and brother are murdered days before her wedding…dancing with thousands of people who come from all over Israel (and from around the world) just days later, simply because she announced that she was inviting all of Israel to attend.
My Israel is the look the woman across the seat from me on the bus this morning gave when the man sitting next to her kept squeezing the empty soda bottle (which he couldn’t hear because he had earphones on).
My Israel is the rise in tension and worry as we pass more than 100 days of endless attacks including several successive days in which the light rail train in Jerusalem has been attacked.

My Israel is my oldest son who has gone to war twice for this country, who married a young woman from America, and together have brought their first-generation Israeli child into our family.

My Israel is my middle child, who served with honor, works in hi-tech, and married a girl whose family came from Iran.

My Israel is my third and youngest son, the first to be born in Israel, who is somewhere out there at this moment, wearing the uniform of the Israel Defense Forces and carries my heart with him.

My Israel is my youngest daughter who turns 16 this week. She was born in this land, has never left it. She has heard gunfire and explosions for the last three months and knows to send me a message when she leaves her school, catches a bus, arrives in Jerusalem, and is on the bus home. 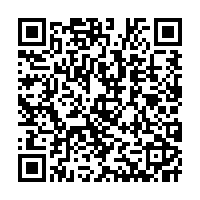