Justice Minister Ayelet Shaked’s Non-Governmental Organizations (NGOs) Transparency bill was approved by the Knesset plenum Tuesday night in its first reading (there are three altogether) in a 50 to 43 vote. The bill compels NGOs receiving funding from abroad to declare who are the donors and how much are they providing. The aim of the bill is to increase the transparency in the NGOs’ activities in Israel, without otherwise limiting it.

The bill had been received with harsh criticism both by Israel’s left-wing and by major media outlets such as the NY Times and the Washington Post. In her introduction, Shaked addressed the criticism, saying: “After many hours of public debates regarding the Transparency law, countless articles, editorials and many desperate cries from the benches on [the left side of the aisle], I’ve come to realize that you, who are objecting to the Transparency Law, don’t really know why you’re against it.


“Anyone looking at you from the side sees right away that you’ve long since moved from the stage of objecting to the law on ideological grounds, to the stage where you’re against it because of paranoia. … Some of you think the bill is terrible and not one letter of it should be entered in the law books; but at the very same time, another part of you think that the law should have been extended to include additional entities.

“In the end, your objections … may be condensed under three categories: 1. damage to a protected fundamental right; 2. damage to the democratic process and minority rights; 3. damage to the freedom of association and occupation.”

Shaked then analyzed, one by one, those three claims, taking shots—poison arrows, mostly—at the opposition. Regarding the fundamental right in danger, she suggested the only such right is the right to property, the left’s ownership of the idea of transparency in the political process (as in Justice Louis D. Brandeis’ immortal adage, “Sunlight is said to be the best of disinfectants.”) She suggested the left is angry that what they consider their inherent possession, the notion of transparency, was stolen from them to be used against them.

“It turns out that you in the leftist parties don’t officially own the idea of transparency,” Shaked continued, noting that “integrity, transparency and proper administration are not the purview of only one side of the aisle in this hall. They are values that we all must aspire for, even when on occasion it’s less pleasant for you.”

As to the claim regarding damage to the proper democratic process, Shaked said she always believed the foundation of Israel’s democracy was the will of the Israeli voter, but, “with every passing day I understand more and more that you [on the left] have a different understanding of the term Democracy.”

Shaked then referred to former Foreign Ministry director Alon Liel, who told a forum of Breaking the Silence that even though their kind may have the support of only 2% of the population, but that two percent is made up of the most moral, intelligent and farsighted people, who are not brainwashed by the right-wing messianic propaganda, which is why they are entitled to enlist political and financial help from abroad to impose a hostile policy on the elected government.

“That’s the essence of the thing,” Shaked told the opposition benches. “Since you perceive yourselves as the ones who are right, even when you only represent 2% of Israeli society, and since you believe that other than yourselves everyone is brainwashed by religious propaganda, and since you don’t believe in the concept of ‘the will of the voter,’ and are convinced only you can provide the public with what it really needs — you are prepared to skip the [part about] majority rule,'” even through forcing your way on the Israeli public. 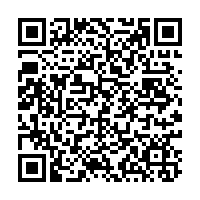