This morning, a bomb stopped ticking. The bomb had five components…five terrorists who were on their way to launch a terror attack. Israelis are not reeling in shock tonight, not waiting for the names or expecting to go to funerals in the coming hours.

Early in the morning, an alert went out. Extra security was thrown around our city and into Jerusalem in anticipation of an attack. Police and security forces were desperately searching and in the end, they found a cell of five terrorists from Hebron.

They were found in the neighborhood of Al Azariya, which sits just to the west of my city; on the eastern edges of Jerusalem.
This evening, Maale Adumim mayor, Benny Kashriel, but out a note to the residents of Maale Adumim:

We are happy to announce that the members of the squad that planned, apparently, to commit an attack, were arrested by the security forces. The alert was removed, and you can get back to normal.

Congratulations to our security department, the police and the IDF for their professional handling of this and for keeping us safe and for capturing members of the squad.

A quiet and safe evening, Benny.

That the police caught these terrorists is no surprise – we have an amazing and well organized security system here in Israel. The reaches of the military intelligence is, I believe, incomparable in all the world.


That our mayor wishes us a quiet and safe evening is no surprise. Almost weekly, the mayor communicates with his citizens via Facebook and through local papers. He is a very visible leader in our city; just one of many reasons he is consistently re-elected every few years. It is his vision of Maale Adumim that we have all struggled to achieve – from the library to the music conservatory to the ever widening industrial area and the growing population, even to the lake in the desert he insisted we would have…and we do.

What got to me in this announcement was just one line “אפשר לחזור לשגרה” –  “you can get back to normal.”

Back to normal…this morning, our lives were in danger…we were being hunted. Something was supposed to explode or people were supposed to be stabbed. People were supposed to die today and our city and our country would have been plunged into mourning. Almost exactly 16 years ago, on August 9, 2001, an Arab terrorist blew himself up in the Sbarro pizzeria, murdering 15 people and injuring dozens.

I don’t remember if there were warnings that day but I do remember watching moments after the attack. The devastation spilling into the streets – a place I pass almost every day. Today was supposed to be like that…only thanks to our army and soldiers, it didn’t happen.

How do you return to normal on a day that wasn’t supposed to be normal at all? Even as I ask the question, I know the answer. Normal is what we Israelis dream of, pray for, work towards.

Normal. In a few hours, my son will leave his base and head home. It will take him time; he’ll be home very late. I bought him the mocha he loves; I made him the roasted meat he loves. A few more hours and he’ll be home. I’ll sleep normally this weekend; I’ll close my phone.

Normal. Tonight I’ll mix the challah dough; tomorrow I’ll bake it and fill the house with the smell of Shabbat. Tomorrow, I’ll light the candles – I’ve already set them up.

Tonight in Israel, there won’t be funerals. We won’t wonder about names and pray for those who were wounded. 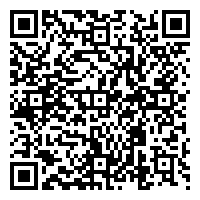