Shortly after I picked Elie up following his active duty in the Gaza War, after weeks of not seeing him and barely talking to him, I was anxious to finally speak to him, hug him, and listen to him. On the long drive home, we began discussing the war and the war’s termination. Obama had been elected and Israel was clearing the field for his entry into office on January 20, 2009. Israel didn’t want Obama’s first words to be condemning Israel for the war and Washington had made it clear that it wanted the war over.

Every soldier that left Gaza and went home was happy to see his or her family – and most knew, as Elie did, that it wasn’t over. “Ima,” he told me, “they didn’t let us finish.” I was never sure who “they” were – the Americans or the Israeli government. But I knew, as he did, that the war had not really extinguish Hamas’ missile capabilities or their desire to strike us.


Over the last 5 days, Israel has been hit by 150 rockets. People have been injured. The ignorant and often anti-Israel commentators focus only on how many people in Israel have been injured or killed. This is the numbers game they play. I can answer them or ignore them. The answer, as far as I know, is that at least 6 people have been injured: one critical, one moderate, the rest lightly. This doesn’t, of course, include dozens treated for shock, doesn’t include the physical damage and worse, the mental terror each resident feels when the siren wails.

Others will point to people being killed on the Palestinian side. This is true. This is what happens in war and especially when you go out under a sky that is patrolled by satellites and aircraft, and shoot a rocket at one million people. Faster than you can load the next rocket, hopefully, your position will be identified, targeted, and hit. Yes, you will die, or at least be seriously injured by the missile we launch at your position.

If civilians are lucky (or smart), they will not be in the area (or they will flee quickly). The honest ones will call you a martyr, which is a synonym for a terrorist firing the rocket, the bomb maker, and the one who supplied the missiles. These are our targets.

The deceitful will speak of a 2-year-old Palestinian child killed by Israel, while the medic will privately admit to a BBC reporter that the child was killed by a Gaza rocket that misfired and landed on their side. A picture will be posted – and the picture will be a lie – taken from another time, another place, sometimes even another conflict. And those who want to believe, those who don’t understand, those who are ready to ignore and those who never really liked those Israelis, those Jews…will believe.

They won’t see that the numbers are meaningless if, within the 15 “people” – (or whatever the number is currently), 14 of them were firing rockets, Hamas trainees, etc. No country, no organization, no people have the right to shoot rockets at 1 million people – and this is what Hamas has done…150 times in the last few days.

Elie’s words come back to me – a bit naive, a bit like a young man thinking he can solve the problems of the world. I don’t remember now what I said to him, how I answered. No, Israel did not “finish” the job in the Cast Lead Gaza war of 2008/2009. Hamas was left with the potential to continue firing. We all knew it was a matter of time.

In this latest round, as in the past, a school was hit,as was a home. People have been injured, property damaged. If Gaza is upset about the number of innocent casualties on their side, they have but to do one of two things: 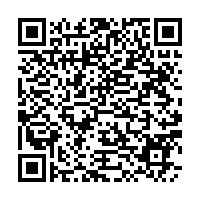