A new initiative – Bike for the Fight – will raise money for the Israel Cancer Research Fund (ICRF), a North American organization funding grants to top Israeli cancer researchers and scientific institutions, by biking for three months across the United States, according to a report by NoCamels.

Started by Tom Peled, a 24 year student at the Interdisciplinary Center in Herzliya who lost his father to cancer in 2011 after an 8 year battle,  the venture will see Peled bike from Los Angeles and through Nevada, Utah, Colorado, Wyoming, Nebraska, Iowa, Illinois, Ohio, Pennsylvania, and ending in New York City.  The mission will begin on August 1.


The recipients of ICRF funds are used to fund research into the development of life-saving early diagnostic devices and new drugs for such cancers as leukemia, bone marrow cancer, breast and ovarian cancer, and others.

Peled has attracted the support of Hillel, Maccabiah 2012, and Microsoft Israel, which is creating a special app for the project, as well as President Shimon Peres and Jerusalem Mayor Nir Barkat.

Biking for the Fight has already raised NIS 41,000 by selling campaign bracelets, and signed up hundreds of people for organ donation. 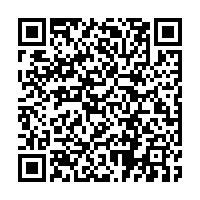