My oldest son, Elie, spent today in the Reserves and will be in for a few weeks later this summer. It is what happens when they finish their service in the standing army – a yearly commitment to stay ready; to be prepared. He dropped me off early in the morning so that he could take the car and save hours on a hot bus. Much later, Elie called to say he was on his way back to get me. When he arrived, he told me about the new facilities they had built on the base since the last time he was there – the comfortable chairs, and the air conditioning.

Most of the presentations involved PowerPoint with a speaker guiding them through the various topics. July in Israel – it’s hot but the room was pleasantly air conditioned – if, like Elie, you sat right under the machine. The problem was, the power kept going out and so each time, the PowerPoint presentation was interrupted and they waited several minutes for the power to return. Finally, the last speaker came up and once again, the power went out again, “you’re out of luck this time” the presenter told everyone, “my presentation doesn’t need PowerPoint.”


And the last thing Elie he told me about his day was, “you’re going to like this one.”

Without names or ranks…one of the officers told Elie his name was on Turkey’s list of Israeli officers recently published. These are names of men that would face prosecution for their actions on the Mavi Marmara flotilla fiasco. Turkey believes they have a right to arrest and put these Israeli officers on trial.

Of course, Turkey is ignoring the fact that their civilians attacked our soldiers but, anyway – there’s a bigger problem…at least in this. The officer so named – wasn’t on the Mavi Marmara. He’s an artillery soldier. He wasn’t even there…so much for Turkey’s intelligence – military or otherwise.

One really has to wonder how many of the other names are inaccurate. Turkey’s military intelligence – now there’s a contradiction in terms. 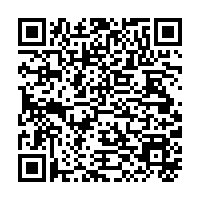