Did I ever mention that I am a country-music fan? Okay, that’s actually less than I am, but I’ll leave it at that. And yeah, Garth Brooks. And if you ask “who?” – I’ll cry. I respect him for retiring when he did – at the top of his career. I don’t want to get into his life, although there is respect there too. What I will say is that I do love his songs. He’s got one song called, “Unanswered Prayers.” The chorus goes like this:


Remember when you’re talkin’ to the man upstairs

Some of God’s greatest gifts are unanswered prayers

I think we Jews have a different, though similar take on this. What we say is that all prayers are answered – every single one. Just sometimes, the answer is “no.” I don’t know which version I prefer. What started this…an email I have received a few times. I can hear the pain, the prayer, the desire just to know. There are a lot of prayers that went unanswered during and after the Holocaust. I’ll tell you a story that I know to be true. I’m going to change a few details because the people are still alive. I won’t identify the place where they came from. But here’s the story.

A young man and a young woman were in love; engaged to be married. The Nazis came to their village and took them and their families. The woman survived and returned, but didn’t find her fiancé. She had lost so much; she had hoped to find him there. She left the village – there was nothing there for her, and made her way with others to Palestine. She would live in a land where no one would attack her because she was Jewish. She married and had children and one day decided to go on the March of the Living – back to Poland where she’d been born.

The young man survived and returned to the village, but he didn’t find his beloved. He had lost so much, parents and siblings and more; he had prayed to find her there. He left the village – there was nothing there for him, and made his way with others to the United States. He wanted to live far from Europe and only an ocean away would do. He married and had children and one day decided to go on the March of the Living – back to Poland where he was born.

They were there together, this man and woman, no longer young. They turned around and saw each other.

“What did you do?” I asked him as my eyes filled with tears. I had noticed him acting sadder than usual – something to be expected after visiting Poland and still more than I’d expected.

“What could I do?” he answered me. “I have a life here; she has a life there. I have a wife and daughters; she has a husband and children.”

There were no words I could offer him – two lives…two people…branched away from each other; too late. Unanswered prayers. 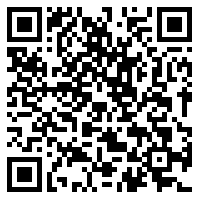