Forty-five years after the Six Day War, declassified transcripts of the Israeli cabinet and government committee meetings in the days after war that ended on June 10, 1967 were released this June. The documents provide a breathtaking insight into the efforts of Israeli leaders to reach a peace settlement with the countries and groups which had been at war with Israel. The evidence of the hard work and the varied opinions on the part of the Israeli ministers, all eager to reach a peace treaty and an understanding with the Palestinians and Arab states, presents a revealing contrast to the long-term refusal of the Arab parties to come to the negotiating table — an attitude that was reiterated at the summit meeting of the Arab League on September 1, 1967 in Khartoum, Sudan. As has now been revalidated by the declassified transcripts, the Israelis were ready to negotiate land for peace; the Arab leaders instead issued their statement of the three “nos:” no peace with Israel, no recognition of Israel, no negotiations with Israel — an unconditionally negative position taken by Arab leaders that still persists.

The Arab and Palestinian intransigence – the refusal to accept a peace agreement – has a long history and is all too familiar. In 1922 the League of Nations Mandate for Palestine was officially established. Under it a Jewish Agency, set up in 1929, and composed of representatives of world Jewry, would assist the British administration in establishing the Jewish National Home in Palestine. The Jewish Agency then organized an infrastructure of political and social institutions that became the basis for the state of Israel. The Arabs refused the offer to create a similar Agency.

In 1937 the Arab Higher Committee rejected the idea of two states, first officially proposed by the British Peel Commission Report. The Report had recommended a Jewish state in about 20 percent of Palestine, about 5,000 square kilometers, while most of the rest was to be under Arab sovereignty. The Report also suggested a transfer of land and an exchange of population between the two states. The Peel Commission Report was accepted, in principle, by the Jewish Agency, even though it meant that the Jewish state would be a small one, but it was totally rejected by the Arab Higher Committee, which called for a single state in all of Palestine.

In 1939, in the last attempt before World War II, to reach some agreement, the British Colonial Secretary organized a Round Table Conference in London that February. Failure was inevitable: the representatives of the five Arab states and the Arabs in Mandatory Palestine who were present refused any direct contact or discussion with the Jewish representatives — even to sit in the same room with them.

The Arabs also refused to accept United Nations General Assembly Resolution 181(II) of November 29, 1947, which adopted the recommendation of the UN Special Committee on Palestine (UNSCOP) that Western Palestine — the area outside of Jordan — be partitioned into two states, one Jewish, one Arab, with an internationalized Jerusalem as a corpus separatum, or separate body. The Jewish state would have about 55 percent of the area, but not the historic areas of Judea and Samaria. The Resolution was accepted by the Jewish leaders, but rejected by the Palestinian Arabs and by six of the seven member states — Jordan being the exception — of the Arab League, which at that time had replaced the League of Arab States.

Arab refusal to enter into peace negotiations persists to this day, inflexible as ever. The Palestinians decline to enter into negotiations with Israel unless Israel first accepts the “pre-1967 borders” (borders that have never existed; they are merely the armistice line of where the fighting stopped in 1949), agrees to Jerusalem as the capital of a Palestinian state, and ends all construction in areas acquired by Israel as a result of the 1967 war. 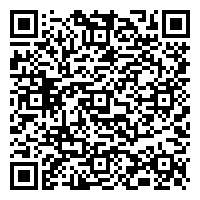