If you don’t know it, it’s hard to explain. If you haven’t experienced it, it’s hard to understand. I can write the words and explain the concept but the reality is so much more intense, so real, so true. There exists among the Jews a connection that defies time and location.

Through time means that this is something that we feel – it means that the connection between a Jew who lives today and one who lived generations ago is unbroken. We can go to the grave of a man who lived more than 3,000 years ago and address him as grandfather, expect the soul of that man to know who we are and in the heavenly courts, put forth a request on our behalf. In his name, and the names of his son and grandson, we ask God on a regular basis, to find us worthy and to bless us. We are today, the people of Abraham, of Isaac, of Jacob. Moses is our teacher – even thousands of years after he died.


And if you don’t think I’m completely batty yet, I’ll tell you that when I read of their deaths in the Bible, I am saddened and more than once have cried silent tears for their memories. That’s our connection through time – whether it is three thousand years or seventy or six. We don’t really measure our lives in tragedy and yet in writing this, I’ve thrown out those numbers. Seventy is the time since the Holocaust; six is the time since a rabbi and his pregnant wife were murdered in Mumbai.

Through location means that this connection is something that we feel no matter where we are, no matter where we go. It means that there is a connection between a Jew in one part of the world and a Jew in another part of the world –an instantaneous bond that allows us to hug someone we’ve never met, and miss them when we leave them just days later. It is so universally accepted among Jews that it I can go to any city in the world and if there is a Jew there, I can knock on his door and explain I need help. The practical implications of this reality are proven every day of the year, somewhere in the world.

Several years ago, my oldest child considered going to Hungary to learn medicine. It was a dream she could have fulfilled if she left Israel for a few years. In the end, for a variety of reasons, she didn’t go. Instead, she married a most wonderful young man and gave me the most wonderful of grandsons (and I’ll confess I’ll say the same thing for any and all grandsons God grants me in the future). When Hungary was on the table, I called a Jew, a rabbi, in Budapest and we spoke about what it would mean for my oldest daughter to live and learn there. Without hesitation, I called and without hesitation, he answered.

Perhaps another example is the time we were traveling in northern Israel and my husband had a migraine headache. We had nothing with us and were facing a two hour drive. When we passed the local mall in a small town and realized it was closed, we stopped at the first house that had a light on and knocked on the door. Not only did they readily offer us medication and water (tea or coffee if we wanted it), they even offered to invite us in so that my husband could lie down and rest for a while.

A few months ago, when it became apparent that we would be heading to India for a conference, I did what Jews all over the world do – I contacted an organization known as Chabad. These are what some people refer to as “ultra-Orthodox” Jews who belong to the Lubavitch community. More, they are Jews who believe that wherever a Jew may roam, there should be another Jew there to greet them, assist them, be there if there is a problem, a need.

I had a need. There is virtually no kosher food in India. Or rather, no way to tell what is kosher and what is not. On a more basic level, how do you observe the Sabbath in a land where most people have no clue what that means to you? So many questions – none of which need to be answered because rather than facing the challenges of Sabbath and keeping kosher, of knowing to which direction to pray, everything…you don’t figure it out, you call Chabad.

And the most amazing thing is that they answer. Thousands of Israelis do this every year.

“Hello, Rabbi. I live in Israel and I will be in Bangalore”; “I will be in Bangkok”. It doesn’t even have to be exotic places. Chabad is active in Chicago, Madrid, London, all over Russia. Name the city and Chabad will tell you the nearest place from which they can help you.

So we called Chabad and met a family I hope we will always cherish. He met us at the airport, guided us about what things should cost. He gave us drivers, suggested places to visit. And something that I will always cherish – he called someone to call someone to unlock the gates of a Jewish cemetery in Cochin so that we could walk among our people, pray for their souls, honor their memories.

She is dedicated not only to enabling her husband to accomplish the important work he has taken on, she is committed to building him a haven, a sanctuary to return to each night. He walks in a world where idol worship is common, where cows and elephants and bulls are sacred, where the definition of everything he is, is foreign and unknown. And he comes home to a Jewish home, to a wife who has spent the day making sure her home-schooled children have learned everything a child in Israel would learn, that her home is filled with warmth and light. She speaks to her children in Hebrew, the land where she was born and they play and act like any Israeli child, every Israeli child.

They are adorable, the children of this warm and welcoming couple. They play, chatter away in Hebrew, and when asked, begin telling you what they learned this past week. On Shabbat, one of their young sons took my hand while they were escorting us back to our hotel nearby. They are bright, beautiful children being raised as Jews and have so many reasons to be proud of the family to which they belong.

Together, this family welcomes strangers nearly every week and often every day to their homes. They feed them kosher food, homemade delights after a week where we lived on instant meals, instant potatoes, tuna, crackers and energy bars.

We spoke in Hebrew much of the time, though they know other languages as well. Most important, they bring a little of home to us. Outside the doors of this Chabad house, there is an exciting and very different world; inside is a whole world waiting to welcome you. I spent almost a week out there and was facing another ahead of me, but in the middle of one week and the next was Shabbat. What they offered was an island of home, of safe, of familiar. Wherever you are, Chabad gives you that one missing piece – the home you left behind, food for the body, and that Jewish connection for the soul. They are Chabad. 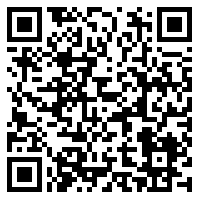