Prime Minister Binyamin Netanyahu continued to lash out at a possible “bad deal” with Iran Monday and said, “The agreement being formulated in Lausanne sends a message that there is no price for aggression and on the contrary – that Iran’s aggression is to be rewarded.”

Netanyahu said in a statement:

The moderate and responsible countries in the region, especially Israel and also many other countries, will be the first to be hurt by this agreement. One cannot understand that when forces supported by Iran continue to conquer more ground in Yemen, in Lausanne they are closing their eyes to this aggression. But we are not closing our eyes and we will continue to act against every threat in every generation, certainly in this generation.


He told the Cabinet on Sunday that the task and the agreement in the works at Lausanne are part of Iran’s axis of evil than now includes Yemen. 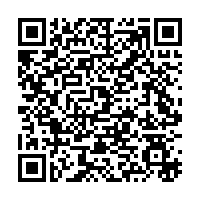